Sorry for being a bad blogger lately – have been ill. I have been missing my blog though so am glad to be back! 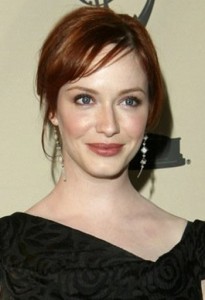 Christina Hendricks is another one of my massive style crushes. I think she is perfection. Not just because she rejects the skinny skinny standardised mould of normal actresses or even because she is a redhead ( im loving that red hair is having such a massive revival right now – closet reds are coming out from under a sea of nice ‘n’ easy and hats and embracing their roots, myself included) but because she seems so bloody happy in her own skin. 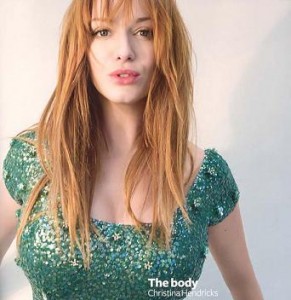 She looks like she knows lots of secrets and seems so content with herself – to me that makes her a massive icon, and not just in terms of style. I love seeing women who are at peace with themselves and love what they have as opposed to what they could or should be looking like. Christina smiles and makes you think that she just doesn’t give a fuck what other people think of her and that makes her immeasurably sexy.

Whilst she isn’t a natural redhead, her hair gets so much attention. She is naturally blonde but I think she suits red so much. Like I said earlier, red hair is having a bit of a moment right now. It seems that everyone and their dog is reaching for the dye which I think is pretty great. I read somewhere that only 4 or 9% of the world are natural redheads so if you are part of that little figure then that’s pretty special! For so long red hair was a mocked and a perfect target for schoolyard bullies but now with Florence, Lily Cole and Christina flying the flag for red locks it is considered beautiful again, thank god. I think there is something haunting and gorgeous about long red hair. 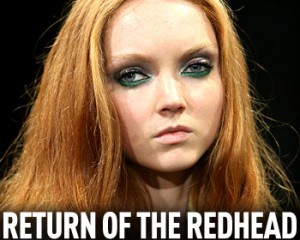 Christina Hendricks has been voted the most beautiful woman in the world by Esquire magazine, she has stacks of awards for her role in Mad Men, she is happily married and every interview I’ve seen with her she is smiley and happy and again, just seems to radiate this warmth and sense of fulfilment and content. I literally love her! 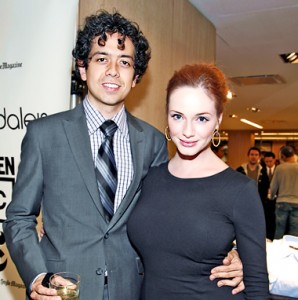 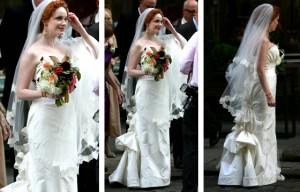 There is something inimitable about her. I think it must be pretty tough having so much placed upon her though; every magazine article, every Mad Men review, talks about her weight and celebrates her as the poster girl for curves and ‘real women.’  I hate that phrase but it is one that has been used for her. Even the UK equality minister has raised an opinion saying “Christina Hendricks is absolutely fabulous…We need more of these role models. There is such a sensation when there is a curvy role model. It shouldn’t be so unusual.” Whilst I agree that Christina shouldn’t be supporting ‘fuller figured’ women on her own and that we do need more diversity in the range of women we are subjected to through the media, I think it is a pretty intense position for one person to be put in. Her weight has almost become public property, everyone adopting her as a example, articles raving about men finding her the ultimate pin up and women aspiring to emulate her Jessica Rabbit shape. If there were more examples of women with actual curves (and not just the imagined ones drummed up by magazines to try and hide the fact that the models they use are emaciated and child like in their proportions) then I think women would feel a lot better about themselves – there are naturally thin girls out there but there are also naturally bigger girls out there with no real examples to look up to. Christina isn’t even that ‘big’ – sure compared to the size 0s she is a giant but on a normal high-street I reckon she’d be pretty small. I love her so much though – here have an orgy of photos. 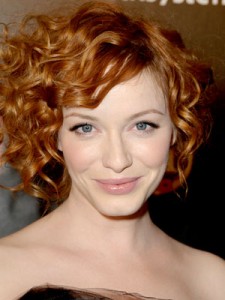 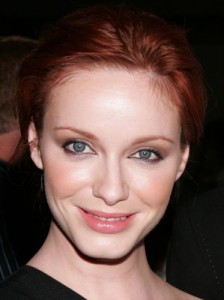 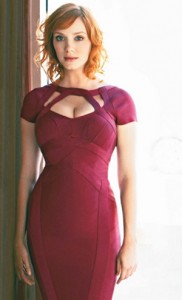 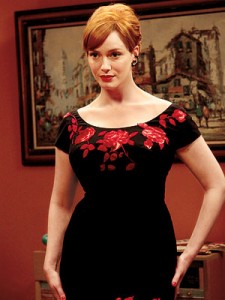 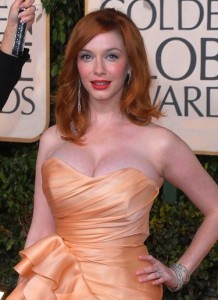 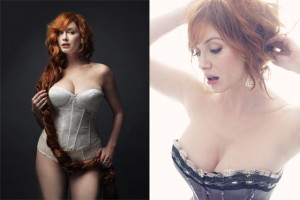