I am getting pretty fed up with reading about women’s bodies. Every day in the newspapers, online and in magazines are articles ridiculing a star for putting on weight or losing some, acknowledging that a celeb has lost their baby weight and are back in their size 6 jeans already and tearing apart pictures that show a smidgen of cellulite or acne. As if it’s not bad enough that we have the media placing a huge truck load of pressure on us to look a certain way and some men viewing us as nothing more than sex on legs or talking vaginas, we are now heaping even more on ourselves and each other. Where is the sisterhood, the bond of girls sticking together? It seems like we are all just desperate to see someone else fail, as if it is vindication for all the hard work we have poured into ourselves to conform to an ideal we haven’t reached (because it is impossible) -tearing others down makes it ok, makes us feel better about not being ‘perfect.’ Misery loves company and all that. 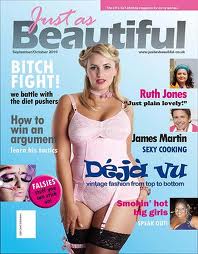 I’m sure that by now you have heard about the magazine aimed at ‘larger women’ called ‘Just as Beautiful.’ Now this has pissed me off on so many different levels; firstly the shit name. ‘Just as Beautiful’ as what exactly? Who defines this standard of beauty that we have all accepted as a given? And why does this magazine feel the need to highlight the fact that these women are just as beautiful at all? – so defensive, almost as if it is trying to counter argue the idea that bigger women are not as beautiful – yet by calling it that it gives fire to the argument that big is bad as people will jump all over it and use it as another weapon against women. They will pore over the images of confident, bigger women and find fault with them because they do not fit the ‘ideal’ mould we are all battered with on a daily basis.

The real reason i am annoyed however is this idea of ‘us’ and ‘them.’ We are all bloody women for god’s sake. There shouldn’t need to be a magazine aimed at bigger girls and it breaks my heart that someone somewhere sat down and noticed a gap in the market for it in the first place. The standard glossies like Company, Glamour, Cosmo etc etc should wake up to the realisation that nearly 50% of the sodding country is a size 16 or more and then cater their magazine accordingly. We are the ones that keep them in business after all and yet we never seem to complain about the fact that the pages we devour are  not representative of ‘normal’ women at all.  I’m not saying we should have Beth Ditto clones on every page but how about every other one? You know, just to highlight the fact that nearly every other women in the country is not a size 8. So many of the magazines available to us seem to only cater for a small minority of female forms and completely ignore, and deny, the rest. 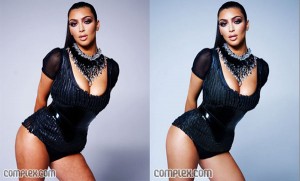 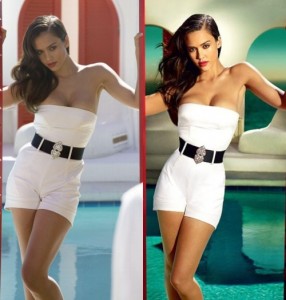 The models shown on their damaging, guilt inducing, ‘the diet starts tomorrow’ shiny pages should at least be able to pick themselves out of a line up; so much airbrushing, post production enhancing and photoshopping goes on after a shoot that they don’t even recognise themselves and yet this is what we are shown on a daily basis and what so many of us base our self worth on. The fashion we should be into, the make up looks we should covet, the relationships we should strive for – they are all proudly played out by models that DO NOT reflect the general public of women they are aimed at and who do not even reflect themselves accurately. Even the women I know in real life who have the measurements of the models don’t look like them. That’s because 99% of images in magazines have been retouched. We feel shit that our eyelashes aren’t as long, fluttery and voluminous as those in adverts – all shot with lash inserts and enhanced in post production. We envy the swishy, long bouncy hair of the models and resent our lack lustre locks – all styled with extensions and enhanced in post production. Our sex doesn’t look like the sex in magazines – it has taken hours to get the models in the right positions, with the right lighting and the right camera angles – hundreds of shots have been taken and hundreds rejected before they’ve settled on one which they then enhance and photo-shop. See my point? We have all these resentments and feel so inadequate and no bloody wonder! We are heaping so much pressure on ourselves. I say riots, not diets. We should be reclaiming our bodies as our own and saying fuck off to all the people that feel the need to pin it down to a body type – ‘bigger’ ‘curvy’ ‘skinny’ ‘fat’ ‘perfect’ ‘ideal’ – can all fuck off. My body is mine and I should love it because of all of its ‘flaws,’ not despite them. 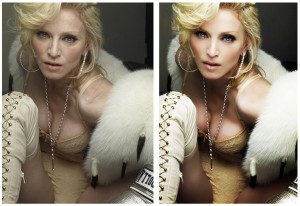 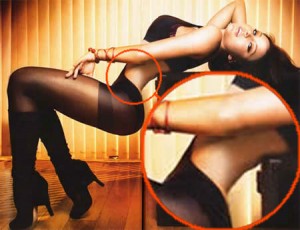 Back to the magazine – now a lot of critics are saying that it is promoting obesity and glamorising it. I’m sorry but pot, kettle and black come to mind – how in any way is it more healthy to be promoting women with underweight frames and low BMI? If we are saying that the Just As Beautiful magazine is encouraging obesity, could we also say that the other magazines promote anorexia? Is it ludicrous to compare them? I’m thinking that if I had to go one way I’d definitely choose the route paved with chocolate biscuits and happy meals but these critics assume that we have no will power. A lot of people will say that magazines don’t promote anorexia and scoff at that statement and that’s fine – I believe that we are not just passive receivers who drink in all we are fed and that we have the intelligence to understand that the women in magazines are photoshopped to high heaven and question what we see in the media. We can also look at Just As Beautiful and not be immediately drawn to KFC where we will drown ourselves in a family bargain bucket. The only problem I have is that we shouldnt need this magazine in the first place. Magazines should reflect their market. For so long they have gone along peddling emaciated child after emaciated child and I think that they should start identifying with their readers and do more to acknowledge the existence of the majority of their audience. Not a lot of people have the natural bodyshape showcased by the media – it has taken the models a lot of effort, exercise and sacrifice to look like that and even then it is not good enough as the images are retouched. I think we should all just give ourselves a break, start appreciating the diversity. We should say bollocks to the people saying men like ‘real women’ or the counter view that men like ‘slender women.’ You know what? Men like all kinds of women, just like we like all kinds of men. We should say bollocks to ‘Just As Beautiful’ and start encouraging the media to represent us all in our fantastic, all different, all equally great, glory. 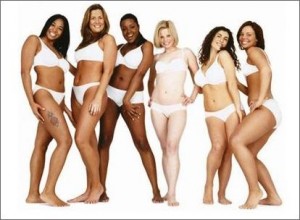