No, This Is Different. Our Love Was Eternal. Literally. 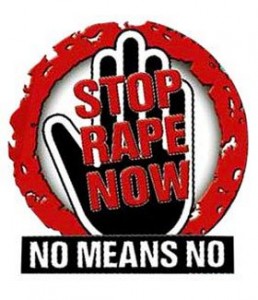 “But the husband cannot be guilty of a rape committed by himself upon his lawful wife, for by their mutual matrimonial consent and contract the wife hath given up herself in this kind unto her husband which she cannot retract”.

Until 1991 that statement was law in the UK. Married men could not be prosecuted for raping their wives because having sex was considered a requirement to marriage, a duty women should perform, an obligation they should sumbit to whenever the man felt like it. Rape is such a massive, contentious issue in society. According to the rapecrisis website, 1 in 4 women have experienced rape or attempted rape. That is massive, much too high. A further 1 in 7 have been coerced into sex they didnt want by a partner. 97% of women knew their attackers. This tells us something; These aren’t just random attacks in dark alleys. This is real women being attacked by real men that they know, in real situations that can occur at anytime. Rape includes any kind of sex that you don’t want. Just because there is no gun to your head or knife to your throat does not mean that any sex you have rejected, said no to, is ok when forced upon you. 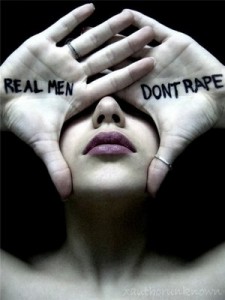 A terrifying amount of rapes go unreported for various reasons; the girl was drunk and thinks she would be accused of ‘asking for it’ if she tells someone; the girl was wearing provocative clothing and assumes people would think she was up for it, the woman was walking alone, the woman did not feel in the mood. These are all ways of turning the blame onto us and it is fucking bollocks. If someone wants you to do something you don’t want to do, if they force you, THAT IS NOT YOUR FAULT. We have nothing to be sorry for or to feel ashamed about or to feel like we were to blame. I absolutely hate the way newspapers report rapes – ‘the girl was walking home alone, talking on her mobile and was distracted.’ ‘the victim was inebriated and found stumbling around outside a pub.’ ‘the woman was consensual all the way up until the point of intercourse so the man felt confused.’ I am sorry but these are all ways of making the men the victims, the hapless male, unable to control himself in the presence of a vagina. The men are always talked about in terms of their qualifications – ‘the accused is a doctor’, imagine that! the accused is a father of two, the accused is a university professor.’ So rapists can’t be qualified? or fathers? or employed? Rapists are not always dodgy old men in trench coats preying on the innocent under bridges or down back alleys. 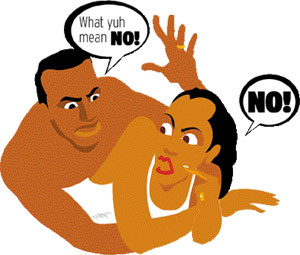 The reason i am talking about this, an issue that hits me so hard in my heart when I think about it, is because today in the news there is an article about a Muslim Sheik, a leader in Uk Sharia law courts. He said he believed that men who rape their wives should not be prosecuted because ‘sex is part of marriage’. He went on to say

It is not desirable?! NOT DESIRABLE? What this has done is further isolate those women too afraid to report rapes. This has convinced women that the actions are normal, are supposed to happen between man and wife. And sure, sex is great but if you don’t want it then that should be enough and fine too. He has further made women into the enemy and men into the victims, so desperate to get their end away that they have to force the women they love into it because they are not fulfilling their duty, they are being selfish. 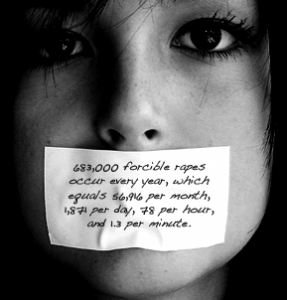 I agree that sex in a relationship is important. It keeps that spark alive, it is a way of saying I love you, I care about you, I want to make you happy. But it should always be consensual. If you are married, in a long term relationship, having a one night stand – it doesnt matter. A ring around your finger does not mean you are entitled to ‘take your wife’ whenever the fancy arises. It makes me feel so sick that there are people justifying rape. To me, taking that private, personal part of a person is the biggest deal. You are taking something so intimate away from them for your own need to control and dominate. A lot of people commenting on the article were saying it was a religious issue – taking Islamaphobia to a whole new level. There are extremists in any religion; remember that in this country, considered predominantly Christian we were condoning rape within marriage until 1991.

So many girls are afraid of reporting rape for fear of being judged, for fear of being told they are lying, wrong, to blame. We need to say enough is enough. Women should never feel ashamed of themselves if they are raped; they are not at fault, they have done nothing wrong. I don’t care if they were walking down the street in nothing but their knickers. I don’t care if they get pissed and go home with a stranger, kiss and have a fumble and then change their minds. It shouldn’t matter. No means No. 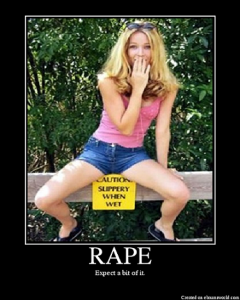 I think that there needs to be a shift in how sex is represented in the media first though so that expectations and people’s perceptions of rape and sex are challenged and changed. Whilst we are showing women in short skirts acting promiscuous (think Samantha in Sex and the City) we run the risk of stereotyping and typecasting all women with that kind of fashion sense. Not everyone wearing a mini skirt or low cut top wants to be bent over and done doggy style but we don’t talk enough about that. We use stereotypes because it is easy to do. We also need to stop making rape ‘funny’ or comical. 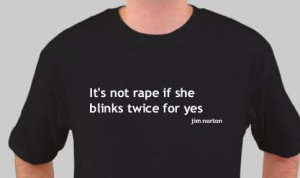 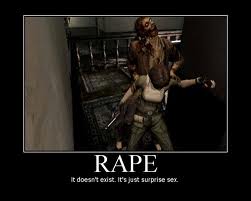 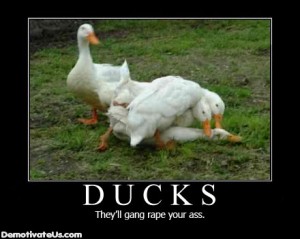 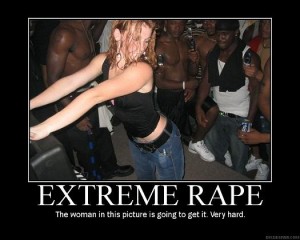 It just undermines the seriousness of the act. By turning it into something funny, we ignore the fact that it’s lives being ruined. It might be easier for us if we deny it happening and make it seem less threatening but I think it is too important. The statistics tell us it is happening too often and I think that in part it is due to the warped view of sex we have now. We kit kids out with the idea that sex is there on a plate to be taken and then we scream in horror when they take it. The whole situation is fucked up. We have women terrified of ‘admitting’ to rape, taking the blame and hate and fear on to themselves and we have boys assuming girls are up for it all the time in part due to the images of sex they are fed through their diet of mtv music videos, tv programmes that glamorise sex and magazines like NUTs and FHM showing women posing provocatively in little more than dental floss. We have girls feeling like failures when they don’t enjoy sex or don’t get a lot out of it when compared to the ladies writhing in ecstasy the second a guy touches them.