I’m Thinking Dinner And A Movie. Don’t Want To Rush Into Anything. I’ve Been Hurt You Know. 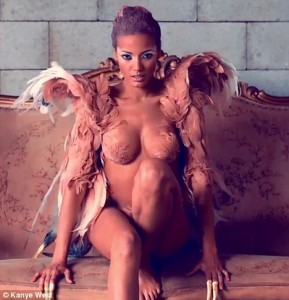 You might have seen the new 34 minute long Kanye West video. If not, and if you’ve got a time to spare go check it out at www.kanyewest.com

I personally think it is wanky and pretentious. I am not a Kanye West fan at the best of times and this goes no way in encouraging me to be. The song is alright ish, has a few catchy bits and will be probably be everywhere in a few weeks but the video has frustrated me no end. Selita Ebanks prances around in some feathers further fuelling the idea that women are nothing more than objects to be gawked at. She spends a lot of the video arching her back, shaking her feather coated breasts and bending over – all in the name of art you understand.. There is a gorgeous ballet scene which is amazingly well done and choreographed but apart from that it is Kanye walking around all kinds of smug and arrogant with Selita on his arm acting like a coy vulnerable toy in need of protecting and looking after. 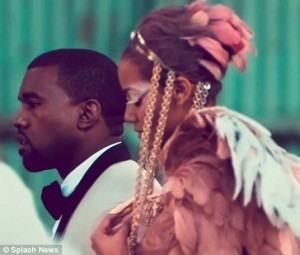 Rap and RnB videos are by far the worst when it comes to showing women as sexual objects, to be used and disposed off as quickly as possible. I hate it so much and it makes me so angry that the men in the videos can be hideous, decked out in something ridiculous and still find themselves surrounded by half naked girls, dancing and gyrating all up on them. What the hell kind of idea are we trying to sell here? 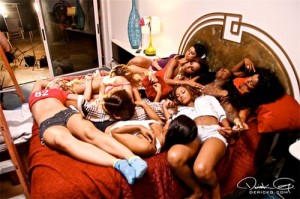 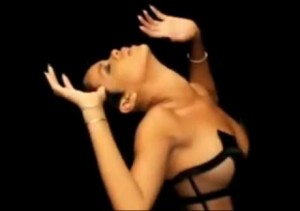 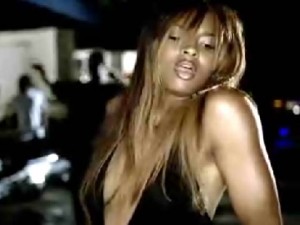 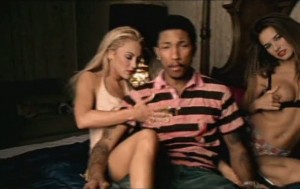 Even when the lead singer is a girl – take Rihanna or Beyonce or any female pop group for example – they still conform to this idea that they should be half naked and dance in a sexual way, their bodies mimicking sex at all times; glossy, glistening, wet, hands in the mouth, back arched. It is just so frustrating that women always always always end up being shown this way. Like a tried and tested formula so no one bothers to change it despite the fact that it is degrading, objectifying and sexist. 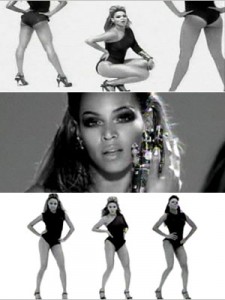 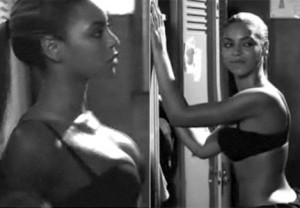 Women have so much pressure heaped on to them to look a certain way, to behave and conform to certain rules and ideals and magazines and tv carve out these women as role models – independent feisty females we are supposed to look up to yet it seems to me that the best we get are women who completely pander to feminine ideals and whatever the guy wants. How is that supposed to help? It breaks my heart every time I hear a teenage girl say she is unattractive or too fat. And every time I hear comments like that I think it is our fault for allowing society to peddle these unrealistic viewpoints of women. We buy the music, the magazines, we watch the shows, the films. We literally give money to companies so that they can smack us in the face with it. These companies make money from us being unhappy with the way we are – escapism. We buy the magazines in the hope that this one will have the perfect advice on what to wear, how to apply make up, how to please our man – maybe this cosmo will have the perfect tips on how to apply lip gloss or this glamour will have the perfect guide to snagging a man and keeping him. And when we realise it’s just garbage it doesn’t matter – we still buy into the next one. 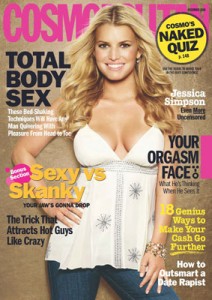 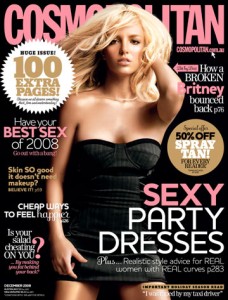 What about showing us women of all sizes who don’t dance around in their underwear on stage, who don’t pose in their bikinis for calendars, who don’t starve and force their bodies to mimic the airbrushed, photoshopped bodies on tv? What about a female group or singer who wears comfy clothes and doesn’t give a shit that they weigh more than 7 stone or don’t have their breasts hoicked up around their chin? 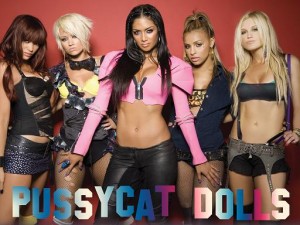 I’m getting pretty pissed off about the fact that every magazine I buy, every tv show I watch, every advert, every movie all seem to display this one dimensional version of femininity and its bollocks. Where is the diversity? The showcasing of women of all shapes and sizes, all sexualities? Why can’t we have a size 12 girl group (who stay a size 12 – girls aloud Im looking at you)? Why can’t we have an article written about any successful female without any mention of her weight, body or relationship status?  Why can’t we have magazines that cater for the majority in society, not the minority? Why can’t the music videos we let our little brothers and sisters watch show women in a more encouraging, influential role? Why do the women always have to be half naked, completely dependent on a man and a stick insect? Come on!