What, Are You People Blind? She’s Hanging On By A Thread 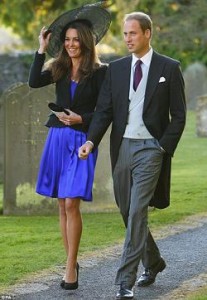 So Prince William has ‘finally’ proposed to Kate Middleton – I don’t think that there are enough words to sum up how much this idea pisses me off. Not the marriage part – I love the concept of marriage – two people so committed to each other. I hate weddings. And more than that, I hate this idea that all women want is to ‘snag’ a man, ‘catch’ him and settle down. 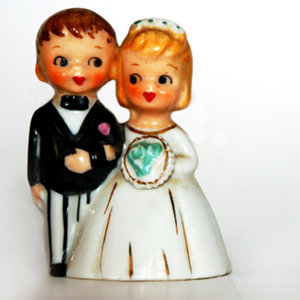 Every newspaper article I have read about their engagment has focused on the fact that they have been dating for years and she has ‘put up’ with him not proposing. Kate has been nicknamed ‘waity Katie’ by some newspapers, so intent are they to make a story out of some outdated, misogynistic bollocks.

The Daily Mail had this lovely snippet to say, ‘she (Katie) was hanging on for a proposal but now her wait is finally over.’ FINALLY OVER. I am sorry but not every woman in the world is in a relationship, hanging on for an engagement ring. We do have other interests you know, besides wedding planning and plotting how to keep a man. It frustrates me so much that women are handed this desperate character role to play – only concerned with getting wed and living happily ever after. When I ask my year 8s what they want to do when they grow up, so many of the girls tell me that they want to get married and have children. Great, but then what? What else? We are fed this junk food diet of  ‘chick’ films dotted with women who are obsessed with finding a partner. Everything else pales in significance. Forget great careers, great friends, success and achievement – what every woman really wants is a husband. Obviously. 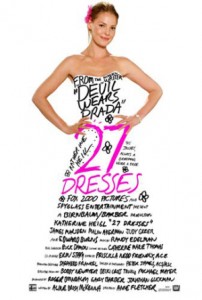 William also asked Kate’s father for his permission. I hate that so much. Women are not property. We are not here to be exchanged like an old handbag. The concept of asking a father’s hand came about from when women were not allowed an opinion, a say in their own lives and yet we still peddle it, promote it. We still adhere to all these bollocks wedding traditions like wearing white, the veil, the vows. It is all so patriarchal, so against everything I believe in. If my boyfriend ever asked my dad for his permission to marry me, I would go mental. Im pretty sure that the boy knows me well enough to know that, but the point is that it turns us into prissy, delicate flowers who need to be owned, controlled and managed.

I hate weddings so much and have already written a post about a few months back so I wont repeat myself too much here. It is fair to say though, that a lot of the traditional wedding choices make me red mad.

We are catching men up in the pay stakes, we are forcing our way into management positions, we are having children and not being ostracised for it, rightly so demanding maternity pay, leave and the right to come back to our job. We are more assertive in the bedroom and boardroom, we are kicking ass in exam league tables, and yet we aren’t doing enough to stop ridiculous generalised notions of femininity from being bandied around in the media. 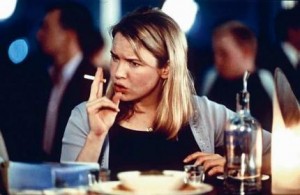 I know lots of single people. They are not depressed, singing along to Celine Dion on their own, getting drunk and crying over their tragic lives. They are happy, they are making a choice for themselves. I know someone who left her boyfriend of five years because she was desperately unhappy – someone said to her ‘what are you going to do now, you’ve ruined your chances of getting married.’

WHAT?! So, it is ok to stay in an unhappy relationship with marriage on the cards then it is to ‘brave’ it alone. Honestly, you’d think that being single was a disease to be avoided at all costs from the articles written in most glossy magazines. Working things out, giving it time, compromise – all ways of settling. It is better to be in a relationship then it is to be alone is basically the message we are fed. I don’t want to do those things. I am lucky that I have a boyfriend who respects me, who considers me his equal, who loves me for who I am – if he didn’t I wouldn’t ‘stick it out.’ I would leave. I love myself too much to settle. I deserve better than that. We all do. 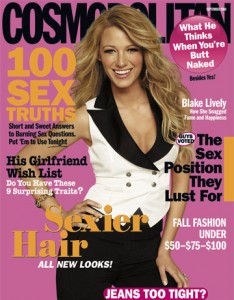 I think the idea of relationships and marriage is portrayed all wrong. The media are constantly telling us what we should and should not be doing and it is so influential. I do not want my kids growing up in a world where a relationship, any relationship, is considered favourable to the idea of being single. When we have women like Jennifer Aniston, Rene Zellweger constantly in the news for being sad singletons we are subtley sending out a message that being on your own is wrong, is something to be pitied. When we have magazines showcasing a 20 page spread of a celebrities marriage we are again sending out a message that being married, a big wedding, are things to be striving for. We don’t teach kids about love or self respect. I think we should. 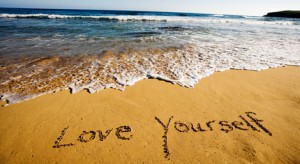 William and Kate getting married is fantastic. I wish them all the best. But I hate that with their announcement comes the suggestion that getting married was the only suitable ending for the couple, any couple. If we don’t break up then a wedding is the only option. What about living together happily? My family are constantly asking me when the boy and I are getting married. They literally can not believe the fact that we would have children ‘outside of wedlock.’ I know that we are a new generation, a new breed of person brought up in a world of facebook, iphones, mtv, where everything needs to be done now, we want everything now, but despite our technology advancing, despite the fact that we are living in a world where everything moves so fast, we haven’t really moved on at all in terms of how we view relationships and how we feel that they should be played out.