As Usual, I’m Here To Help You, And I… Are You Naked Under There? 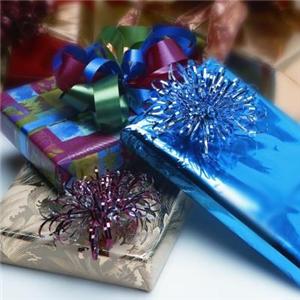 Today I took part in the extreme sport that is Christmas shopping in London. There were elbows everywhere (mine) parents using their pushchairs as weapons, tears (also mine) and lots of tutting and sighing in long queues. I always complain about how much I hate Christmas shopping here and yet I still go out, naively hoping it wont be as bad as I remember and then it turns out to be worse! 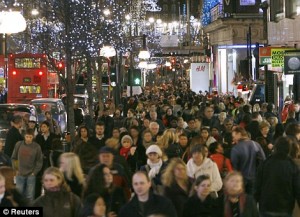 Today in HMV a man grabbed my bum – when I told him to get off me he started shouting at me, calling me a ‘frigid fucking bitch’ – lovely. I was particularly impressed with the HMV staff who only minutes before were all over me trying to offload some PS3 games, yet who all managed to be conveniently busy or invisible whilst said crazy man was shouting in my face. 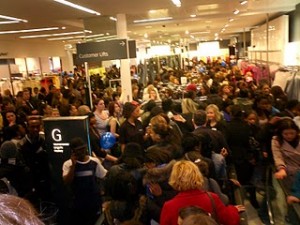 Primark was horrendous – I was in the queue for 25 minutes which would test the patience of a saint. I also had to try and avoid the hideous children who were beating each other up with wrapping paper sticks and the harassed parents who alternated between pretending they couldn’t see their children demolishing the Christmas displays and giving evil eyes at anyone who dared comment or tut at the noise and mess.

On a more positive note, I have now finished all my shopping! The boy is done, parents and step parents done, sister and pretend sister and brother done, aunts, uncles, small cousin who couldn’t care less what I get him as he will spend hours playing with the wrapping paper and cardboard box anyway is done and my TSUK Secret Santas are all done! Thank god!  I can now hibernate until Christmas and bask in my self satisfied glow! 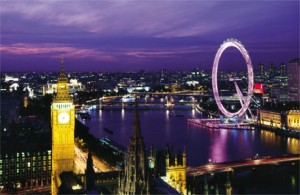 Living in London is crazy. I’m still not used to it. After a calm, lovely four year stint in Southampton everything here feels so fast, so busy all the time. People don’t walk, they practically run along. The tube stations are packed with real Londoners who rush around in a hurry with stern looks on their faces and tourists who slowly saunter along, getting in the way and ignoring the London customs. I sometimes feel like I am still a tourist here. I don’t think I will ever get used to it, not completely. I miss feeling relaxed; here I always feel on edge. I miss feeling content and safe, happy and enough. Here there is so much pressure on you all the time, I hate it.

Things I have noticed about London

– Even if an empty tube pulls up and there are only 10 people on the whole platform, you will still try and get on first, pushing others out of the way and run to get a seat.

– Despite living near all the massive attractions  you will never find time to go and see them. Despite being paid more than anywhere else, you will never have enough money. You will also find yourself saying things like ‘£1000 per month for a one bedroom? Sounds reasonable’

– There will always be people drinking on the tube even though it is illegal. These people will make a racket, annoy everyone and act like dickheads yet no one will say anything.

– No one will talk to you – if they do they are probably crazy and you should run away. You should not talk to people either unless you want them to stare at you like you have just pissed on their children.

– The children here are so grown up and hard. They talk in a language you will never understand, they are used to wandering all over the city by themselves, they are a million worlds apart from children anywhere else. It will break your heart slightly.

– You get used to seeing people spitting in the streets. You will also get used to women wearing suits with  trainers, people swearing really loudly and drinks costing £8. In fact, a drink costing £8 will seem like a bargain.

–  It doesn’t matter if you are on fire, crying because you are lost or being mugged, people will ignore you or pretend you don’t exist.

I’m sure there are lots of great things about living here; you can order food at midnight, there are a million (overpriced) cinemas everywhere and the shopping is amazing but generally I just feel lost and a little bit sad.