For Justice, And For The Safety Of Puppies, And Christmas 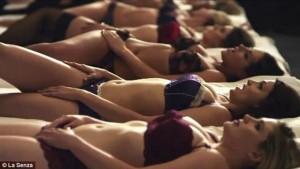 You might have seen the new La Senza advert – The Cup Size Choir – where they have a posse of half naked beauties with bra sizes ranging from an A cup to a G cup reclining seductively on a keyboard playing music that corresponds to their bra size. 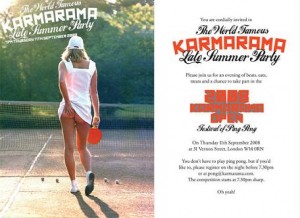 Because nothing says ‘ping pong’ better than a naked arse. I really hate these cheap advertising techniques that companies so often fall for. It is too easy, too done. I understand that La Senza sell bras. I also understand that men might want to buy their partners nice underwear. What I don’t understand is why the advert needs to be so tacky and so overtly  sexual. The girls writhe around, sigh, arch their backs stroke themselves, pout and gaze seductively into the camera. Im sure that the women wearing the bought underwear will be doing some of that but do we need to see women objectified like this in order to remind our boyfriends/husbands/other halves that we all wear bras and knickers? I buy my own bras and knickers and this advert does not appeal to me at all. I’m pretty sure that most women buy at least the majority of their own underwear and so surely an advert aimed at us would have made more sense? I want underwear to make me feel sexy sure, but I also want it to be comfortable and practical and this kind of advert turns me right off. I would love to see an underwear advert where the focus is not all  sex or pleasing men. It feels a bit like this advert is isolating it’s customers – I don’t want to buy a bra from La Senza if this is the kind of campaign it signs off on. 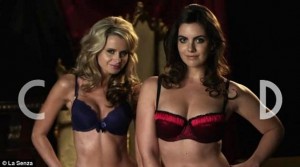 On a completely different issue but still about the advert; why is it that the A and B cup beauties are shown posing and full body but the larger cupped ladies are only shown lying down? Is that because the E and G cup boobs often come attached to a body that doesn’t resemble a starving child?

Underwear adverts are tricky. It is hard to make underwear adverts attractive and appealing yet not overtly sexist or objectifying. Agent Provocateur are massive culprits here: this Kylie Minogue advert makes me more mad every time I see it

This Freya advert, whilst a bit annoying, manages to remain inoffensive – fair  enough it does convey the idea that as women we only care about cupcakes and makeup but at least the women isnt made out to be some kind of glorified blow up doll

I completely agree with Gossard’s decision to part with their advertising company ‘because they are tired of advertisers targeting their campaigns at men instead of women.’ We are the ones wearing the bloody things and yet the adverts look like soft porn. The marketing director of Gossard once said “The trouble is that some people think as soon as you’ve got a woman in underwear she’s got to be sexy, but to me, if she looks beautiful, she doesn’t have to be pouting.” That is the thing – I would love to see an advert that encourages women to feel beautiful and happy in their own skin, rather than one that just further peddles the outdated, misogynistic notion that women are only good for one thing.

– As usual I am loving ASOS. I am currently waiting on a few parcels from them which contain some Christmas presents for the boy..and a few for me! Here are the things I am coveting the most at the moment; fingers crossed I get some money for Christmas or that I find a few grand lying in the street somewhere! 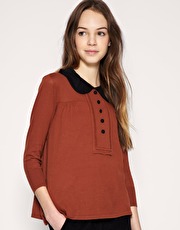 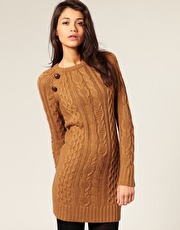 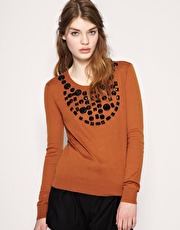 oh my lord – i am loving the knitwear! I seem to have a major fetish for this rust colour at the moment and these three bits could fit easily into my current wardrobe! 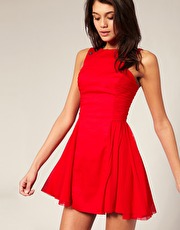 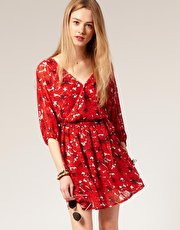 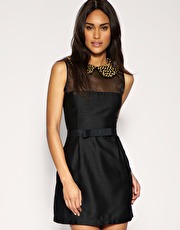 I love these dresses; the top one comes in black as well which is so beautiful. I do like red but it clashes hideously with my hair. The bottom one is tricky – I love the collar but the material looks a bit cheap. I adore the Pepe patterned one. 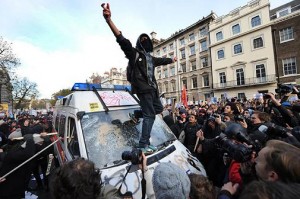 – There is another student protest tomorrow in London. A lot of my students are going and whilst I completely support their right to be heard and the point behind the protests, I hate the actions and behaviour of some of the protesters. Getting violent, hurting people and trashing public property is the wrong way to get people to listen. Now, whenever someone mentions the student protests it is always the riots and negativity they remember or bring up rather than the point of them. It does suck that students are having their EMA taken away and their uni fees trebled but I don’t see how defacing a police van helps their cause. So many of my students have been talking about how tomorrow they are going to go crazy and make people see that they are serious. Today there were people outside the school handing out leaflets, encouraging the students to skip school tomorrow to protest and to ‘teach the politicians a message they wont forget.’ It feels like we have lost the plot somewhere along the lines? I know people are angry; I am. It does feel like a betrayal of sorts. I might not be having my EMA taken away or fees raised but I am having my pension attacked, my pay being questioned and I will sadly have front row seat tickets to witnessing the fallout of the education cuts; we have just been told that SEN provision will be cut, extra curricular activities will be slashed, school funding will reduced and TA support will massively scaled back.

I think we all have a right to voice our concerns and opinion but when that right manifests itself in violence and anger then we are using it all wrong. How can we expect politicians to respect us and hear us out when we are trashing their workplace and setting fire to pictures of them?