I’ve Seen An Apocalypse Or Two In My Time. I’d Know If One Was Under My Nose

Every so often I come across an article that literally renders me speechless. I was sent a link today to something on The Daily Mail site. Now, I love The Daily Mail. Not because I think it is a great example of journalistic talent or that I support it’s views very much, if at all – the reason I like it is that it always provides me with stories I can give to my sociology students as great examples of bias, prejudice and discriminiation in the media. 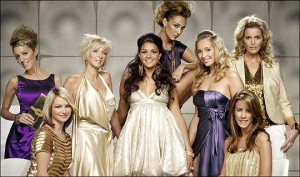 Today they have run a story titled ‘Why I’d rather my daughter marry a rich man than have a brilliant career.’ I kid you not.
The piece brings us wise words such as ‘ If, in 20 years’ time, my daughter announces she’s jumping off the career ladder to marry a wealthy man, I won’t throw a fit. In fact, I rather hope she does marry money so her life is less toil.’ and ‘Younger women have realised that instead of spending the day listening to some bore drone on about sales figures, it might be more fun to go swimming with the children while the cleaner sorts out the house.’

Now, the article was written to lend support to Jill Berry’s statement that women can’t have it all – that by trying to combine motherhood with a high flying career we end up making large sacrifices in both. Jill Berry used to be the president of The Girls’ Schools Association and a lot of people support her points. She claimed that we are selling an idea to young girls that yes, they can be great mothers, have fantastically well paid jobs, a successful relationship and enough time to enjoy all of them. Her view was that this idea is false and leads to women feeling disappointed and resentful when they can’t manage all of those things, or even one of those things, in their own lives. To a certain extent I agree with her; I think women are placed under extraordianry amounts of pressure, much more than men. We are expected to be sexual beings, caring, nurturing, motherly, organised, feminine, assertive, compentant etc and when we let something slip we are dragged over hot coals for it. We are supposed to conform to so many conflicting ideas and do so with a smile on our faces, supposed to be grateful for a place in the working world and feel pressure to perform better than a man to show we are worthy of that investment, we are supposed to be attractive but non threatening, assertive but not dominant, motherly but not matronly, the list goes on. Every day we are expected to carry out a million different tasks, juggle so many different personas. We need all the support we can get, and admitting that is like admitting defeat to me but it is true. 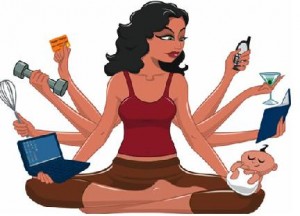 Ok so we might not be able to give 100% at home and at work but for fucks sake let us try. Don’t write us off as wannabe wags, women just out to bag a millionare to keep them in a lifestyle of manicures, nannies, cleaners, designer labels and fake tan.

Something that pisses me off is that I never see men being held accountable. I never see a man berated because he chooses to work long hours, or chooses to go for an after work drink instead of rushing home to cuddle a small child. I never see a man held up and asked to explain why he chooses to continue working after his child is born. From where I’m sitting it looks like, as women, we get the short stick again. As if it isn’t hard enough to climb up the corporate ladder, we now need to justify our decision to stay there once we have a child or two. 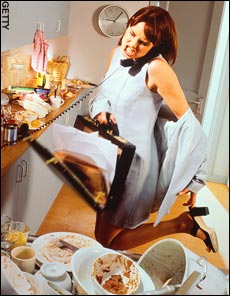 What this article has done is added more merit to the argument that women are only interested in snagging a man, catching him, being the old ball and chain, nagging neurotic women,  that movies like to paint us as. It has put us back so much. I love my job, I feel like being a teacher is a massive part of who I am. When I have children I intend on going back to work. Not because i wont care about them or because I am selfish or only care about money – no, I want to work because I enjoy it. I think that having a strong work ethic is one of the best gifts you can install in a child. I want my children to see me working hard, working through days when I’d rather give up and stay in bed, working through horrible deadlines and stress. I want them to see both of their parents contributing to their upbringing and welfare. Both parents earning money, both parents equally committed to their jobs and homelife. 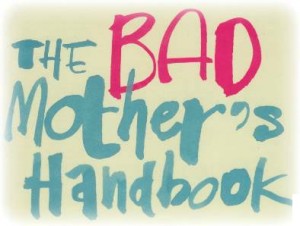 I hate the fact that once again, as women, we need to justify ourselves. The article states, ‘I think most women — if given a truly free choice — would choose to stay at home and look after their children in their infancy. ‘

Perhaps but then again, perhaps not? I think that having a child is a wonderful gift, a fantastic way to show we were here, leave some part of us imprinted when we’re gone. But I also think that children can be pretty boring. I don’t think that staying home, watching Barney and repeating the same stories over and over would leave me as stimulated or as fulfilled as a day in the classroom could. I can hear people gasping in horror, already thinking what a selfish bitch I must be to say out loud that bringing up a child is not all sunshine and roses. This article talks of nannies, cleaners, days spent shopping or at the swimming pool – sorry but whose life is that? A nanny in London costs about £2000 a month. Who has that as spare cash? Apart from footballers or politicians perhaps? The truth is that staying at home, for most women, would involve a massive reduction in the amount of money coming into a household. For whatever reason, we have got used to a certain standard of living – eating out a few times a month, new clothes every so often, new make up in Boots when you just popped out for cotton wool, etc. Women I know don’t want to have to give up those things just because they have had a baby so the only viable option for the majority of us is to work. I don’t think we should be ashamed to admit that or for people to think we are selfish because we still think of ourselves despite having a child in each arm. 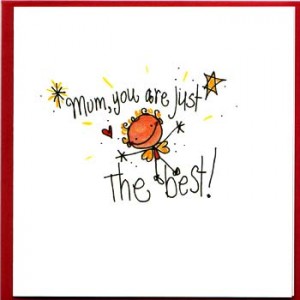 Articles like these are poison in my opinion. Designed to make women feel worse about the choices they make for themselves. I want to work when I have children – for my sanity and for theirs – I would go crazy at home, be impatient with them, snappy, my attention span is terrible, my colouring in and papier mache skills are crap. I think they’d have a better time in a nursery, socialising with other ‘abandoned by a working mother’ children.

We might have a messy house at the end of it, our children might resent us when they are older, working might not make us happy in the long term, our relationships might suffer because we are so stressed with juggling motherhood and a career blah blah. Let us try first, eh? Before you write us off, before you start sending out guidebooks on how to snag a rich man and get out of working, before you tell us how bad daycare is and how important breastfeeding til the child bloody leaves home is best – let us try.