From Now On, I’m My Own Man. Lone Wolf. Sole Survivor.

I’m finding it quite hard to write this. Isabelle Caro has died at 28 – she died in November but her family have only released the information to the press today. She died of complications relating to anorexia – an illness she had suffered with since she was 13. 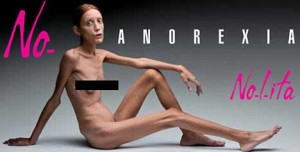 Her images were used in an Italian campaign and then subsequently banned in most of the country, and others, due to them being seen as ‘glamorising’ anorexia. The shots were taken by controversial photographer Oliviero Toscani, also known for his work for Benetton 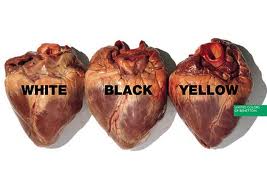 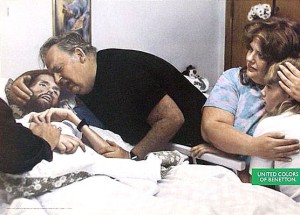 The shots of Isabelle were harrowing and a lot of people were quick to say how awful they were and how they should be banned – the minds behind the campaign however were un-repenting. They insisted that anorexia needed to be brought into the spotlight and needed to be tackled. Hiding it made it worse. I completely agree. Flash and Partners, the group behind the campaign said that they wanted ‘to use that naked body to show everyone the reality of this illness, caused in most cases by the stereotypes imposed by the world of fashion.” 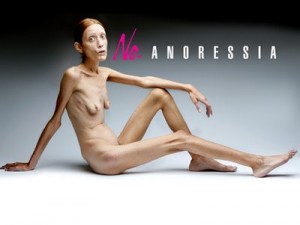 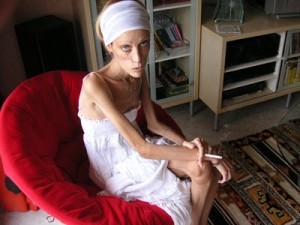 Isabelle also appeared on Supersize vs Superskinny and The Price of Beauty talking about how anorexia had taken over her life and how awful the illness was. I think she was brave, courageous and it makes my heart ache to think of her. Something that I think is important to remember is how much she wanted other women to never have to go through what she did. I have suffered from an eating disorder before. It took over my life for years, I was in hospital more than I was out of it and my weight dropped so low that I lost the right to make decisions for myself and was fed through a tube. It has taken me years to get to a point where I like myself and where I can have an almost healthy relationship with food. I had people around me trying to save me, loving me enough to ignore me pushing them away and staying close. Some people aren’t that lucky and by hiding the illness away, by making it ‘dirty’ and something to be ashamed off and kept locked in closets means that people that need help aren’t getting it. 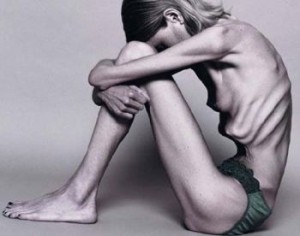 When Isabelle posed for the shots she said “I thought this could be a chance to use my suffering to get a message across, and finally put an image on what thinness represents and the danger it leads to – which is death.” I hate to harp on about the dangers of the media but with stories like this, and the Allie Crandell scandel outlined below, I won’t need to for much longer – the people dying and suffering with body image issues will speak louder than I ever could. It tears me apart that as women we are so desperate to be ‘right’ and ‘attractive’ that we are willing to sacrifice our health and well being in order to succeed in that goal. It confuses me that nearly every women I speak to hates the pressures placed on women, hates the way that fashion houses use emaciated bodies to showcase their clothes and spread a message that big is bad and yet nothing ever changes. I would love to see a range of women in magazines, on catwalks, on tv and not just in the ‘jolly’ fat girl roles or roles where their weight is more important than their personality – hello Ugly Betty, Drop Dead Diva, Sex and the City  (the scene in the film where Samantha is accosted by the girls for being fat made me cry because I could feel in my gut what that would do to the girls across the world watching it. It made me so angry I was shaking – when they say ‘how could you not notice? What have you been eating? Are you happy? I wanted to rip the writers apart for being so ridiculously insensitive and stupid and it is one of the only times I have ever wanted to truly hurt a film director – and I’ve sat  through some pretty shit films in my time! ) I think that we forget how powerful we are – as consumers, as women. We keep companies in business through buying make up, clothes, films, magazines. They should fucking well reflect what we want, who we are.

Something fantastic that came about, in a way, from Isabelle’s bravery is a new law in France; “Promoting extreme thinness will become a criminal offence punishable by a jail sentence under a government-backed law in France to combat anorexia nervosa.” Anorexia and Bulimia are real and serious and I think that refusing to allow underweight models in ads or shows is a great start. 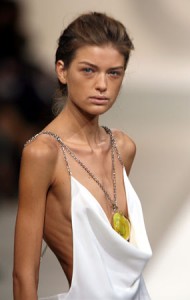 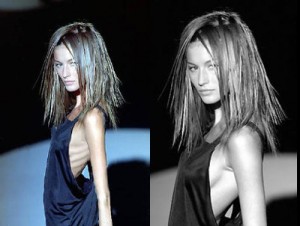 * edited to add that this image was photoshopped to make the model in question appear thinner; thanks to the lovely lady who pointed this out. As you can see here, the image has been manipulated on the left hand side. Whilst the woman in question is still undoubtedly thin, it is reassuring that she is not as skeletal as previously thought *

I’m not saying that we should have overweight women modelling for Chanel or that we should throw away all the Keira Knightleys and Kate Bosworths out there. But other body shapes exist and we never recognise, or celebrate that. There are lots of naturally thin women out there – there are also lots of bigger women and I don’t think it is very fair that they, we, should be ignored just because they don’t fit a socially constructed form of beauty. All women are beautiful, all women are individual, unique and fantastic and I think it is time we start saying how fucking amazing we all are instead of trying to starve ourselves into acceptance or change our natural body shapes – we can’t do that easily so it has to be done painfully, hungrily, obsessively. I do not think that very overweight or obese women are better role models – that brings a whole new heap of health related problems but I do think that it is time we start looking at other women and seeing the good bits, the sexy, gorgeous bits. We should start looking at ourselves and saying you know what, I’m pretty damn gorgeous too. It has taken me the longest time to get to a point where I can look at myself naked and smile and say fuck it to all the bits that aren’t ‘perfect’

I’m so sorry that Isabelle died. I hope her family are ok and that we remember her for the right reasons. 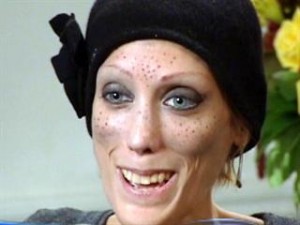