What is going on with Crystal Renn? She was my inspiration, my proof that big girls don’t always have to finish last, hidden at the back somewhere, in a baggy tent dress with the lights down low and now she is all but disappearing. 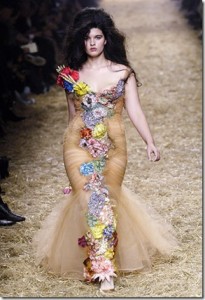 Everyone was up in arms about it – a plus size women on the runway, are you mad?! Fashion journalists and magazine editors were spitting feathers about her, everyone had an opinion. A few wanky designers waded in saying that clothes just hang better on thin women. Fuck off yeah, I’ve never had anyone running away in horror when I’m walking down the street so I guess clothes hang on all types of women. 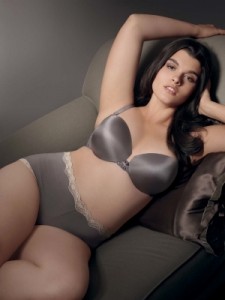 Crystal was curvy but toned with it, her body was gorgeous. I remember showing a picture of her to my year 12s last year and the boys were mad about her. They kept saying how she was beautiful and ‘natural’ looking. 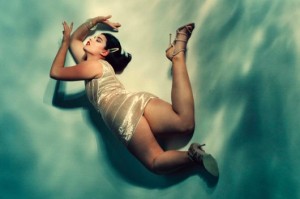 Crystal battled an eating disorder early on in her career in her quest to be taken seriously as a model. She lost almost a third of her body weight by surviving on not very much at all – she got her wish; she was successful but bloody miserable. I guess it gets hard working your ass off and trying to maintain an unmaintainable figure. She eventually gave up the diet, put on some weight and found success as a plus size model. She is the only plus size model to have ever been on the front of Harpers Bazaar which is quite an achievement and even wrote a book about embracing your natural size called ‘Hungry: A Young Model’s Story of Appetite, Ambition and the Ultimate Embrace of Curves.’ 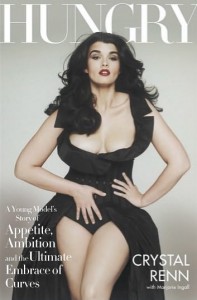 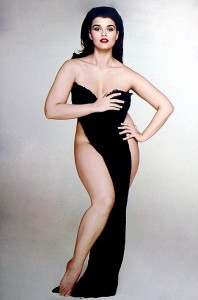 Now though, it seems that she is on the diet wagon. I am not saying she had to stay ‘big’ or that she has no right to lose weight but I can’t help but feel that it is a betrayal of sorts! 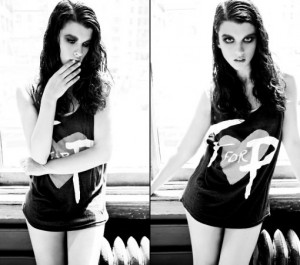 She was the go to girl for when women needed reminding that you can succeed and be considered attractive and inviting without a size 0 tag in your jeans. For me, she represented a hope of sorts, some kind of optimistic idea that things were changing, or could change. Her new campaign for Jimmy Choos is great, don’t get me wrong but it almost feels like an insult when she is cited as a plus size model now 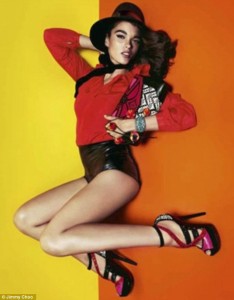 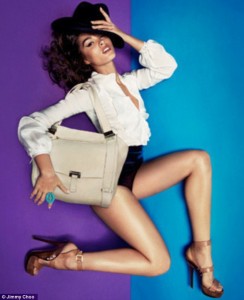 Sure, she is still stunning; her cheekbones would suit any shape for gods sake but it isn’t the same. I hope that she has lost weight because she wanted to and not because she felt pressured or forced into it. It would be too heartbreaking if she had gone a full circle and too depressing if the whole ‘curvy’ phase was just a stop gap. Her new campaigns for Chanel and Jimmy Choo, as well as her editorials in Elle, Vogue and Glamour seem to suggest that  the jobs come hand in hand with a single digit size label. 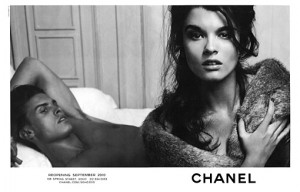 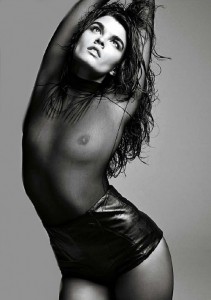 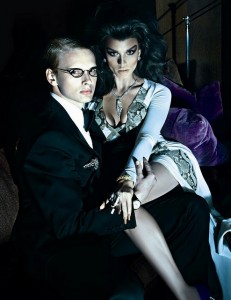 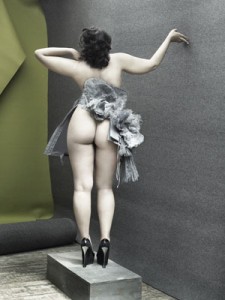