You might have watched ‘Big Fat Gypsy Wedding’ last night. If you didn’t, just hit yourself over the head with something blunt and heavy and you’ll feel the same as I did after it. I’m not saying it wasn’t interesting or eye opening, just that the questions it raised have left me reeling all day. 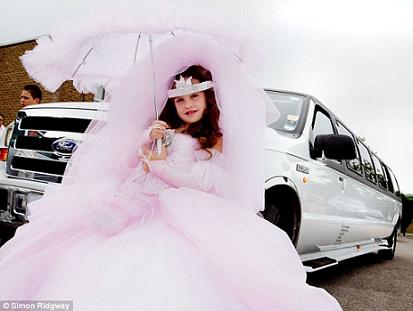 The girls spend their whole childhoods looking forward to their wedding days. You know my opinion on weddings – if you don’t look under the category ‘rant’ and you’ll find out soon enough. They spend so much time planning and preparing for one patriarchal, heterosexual, socially constructed bullshit day. There is no recognition of difference, no celebration of choice. The girls are so conditioned that from a young age they think that their weddings are the be all and end all. I find this really worrying; there is little emphasis placed on the marriage itself or the struggles involved in making a relationship work for the long term just a lot of pressure involved in having the biggest dress, the most bridesmaids. 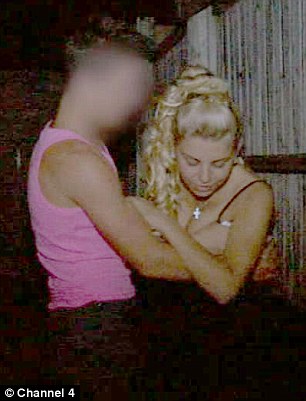 Gypsy girls are not allowed to speak to boys on their own; they must be in groups at all times. They can’t approach men, they can’t have a say. They just have to wait for a willing and able male to ‘grab’ them. And now, here we have my favourite part. Grabbing. Where the boys take their pick of the girls on offer and try and persuade one to kiss them. As Cheyenne, one of the girls in last nights programme stated after she was ‘grabbed’ ”He got hold of me and pushed me up the road.’ When the camera man asked if it was violent, she said: ‘It wasn’t violent, I’ve had much worst than that… It’s not nice at all, but you just got to live with it.’ Why exactly? Why do the girls not get a say in choices that will affect them for the rest of their lives? It seems that women are told to just take what they’re given and make do.

The girls say they are happy to stay home, clean and care for the children. They say ‘it’s a man’s world’ and they are happy for it to carry on like that. They seem committed, resigned and ready for a life of servitude to men. Gypsy men are not even encouraged to make themselves a cup of tea. They work, earn the money and the women do everything else. The men can do what they want; they have no restrictions or rules placed on them yet every detail of the women’s lives are controlled. No thanks, not for me. Feminism is about choices -if a woman wants to go and save dolphins or be a nuclear physicist – great. If she wants to be a stay at home mum and get on a first name basis with the cast of Peppa Pig – also great as long as it is her choice to do so. This programme though makes me feel uneasy. How informed are the girls as they sign their lives away to men they’ve known for weeks, months at most? I have things in my fridge that I’ve known longer. I know that age is a social construction and that not so long ago getting married at 16 was the norm but still; the woman’s voice needs to be heard. I see teenagers in my school falling in and out of ‘love’ with each other on a regular basis; infatuated, obsessed and lovesick one minute and then they fall out and hate each other the next. Josie and Swanley seemed to really care for each other and I hope that the relationship is happy and healthy for both of them but I worry that the ink was dry on the marriage certificate before the young couples even really knew each other properly. 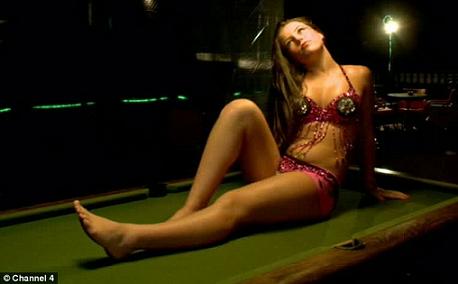 The hardest part of the programme was getting my head around the juxtaposition between the high moral standards gypsies practice and the clothes they wear. First of all , let me put in a tiny disclaimer here: Women should be able to wear what they want, without fear of unwanted sexual advances or attention. The girls on the programme were often kitted out in crop tops, tiny demin shorts, little vests that were then rolled up – it is a very sexual way of dressing. Ok so what is ‘sexy’ is a social construction and it is our projections and perceptions of the girls that lead to unfair comments and judgements and yet I feel a bit confused; who are they dressing for? I love the body confidence and the faith the girls had in themselves; that is something I wish we could bottle and hand out to teenage girls up and down the country but still. A tiny part of me was raising an eyebrow. Possibly due to how we label girls who dress like that or my own experiences but still, I did.  The girls are not allowed to talk to men on their own or have relationships and yet they must see, must be aware of the effect their appearance has on people around them? In the programme we saw a car beeping its horn at the girls as they were walking, we saw them shouting pervert and laughing. It seems to me that, as unfair as it seems that there are better ways to avoid unwanted attention and one of those could be putting on a top that fits? Victim blaming is something that makes my blood boil; a girl in a skimpy outfit is no excuse for a man taking advantage, it has no bearing on her as a person and we, as women, should be free to wear whatever the hell we like – placing the responsibility for an attack on the girls doorstep is diminishing the role of the man and implying that he is incapable of controlling himself around a mini skirt. It makes me angry that we, as a society, do try and justify sexual attacks like that but you can see from newspaper coverage, rape conviction statistics and police reports that we do. I can hate it as much as I want to and argue against it, argue for women’s rights and demand that we stand up and take notice of the sexism and prejudices that exist but until society moves on and accepts that a girl can wear a halter neck without wanting a man dribbling on her then girls do invite judgment with the clothes they choose to wear . It is such a contentious issue; the moral guidelines contrasted with the clothes that are more commonly seen in a red light district. I think that it is because the girls are so young and are wearing things that highlight their growing bodies, their maturing shapes and inviting glances, judgment and attention in perhaps negative ways. I would never let my daughter wear outfits that left her looking that vulnerable and open. Then again, I probably wont let me daughter out of the house until she’s 25. 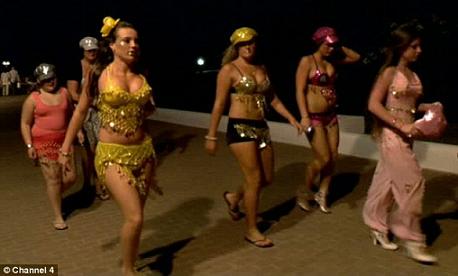 Something that hit me about the programme was how young the girls were when they get married. In the first one off show aired last year, we saw a fluffier version; girls happy and excited, boys gruff and chuffed with their choices yet this time it seemed more sinister. We heard about ‘grabbing’ – where men literally force a girl into kissing them, knowing that as such things are forbidden in traveller culture it will inevitably lead to marriage or disgrace for the girl in question. We heard from the girls that they just want a nice man – not one who beats them or sleeps around. We heard that Josie dropped out of school at 11, that she cares for the house and her 8 siblings. This is another issue that makes my blood boil; denying children the right to an education. It places the women at the mercy of the men as they are then unable to provide for themselves. We saw Jon Boy being protective and dominant around his younger sister – lovely, touching but still; peddling this idea that the men should be the ones in charge, not the women. My inner feminist just hated all of it. I felt like screaming at the tv every time the girls talked about needing to be married, and how the men can do what they like but the girls need to be chaperoned everywhere. It felt like the women were imprisoned, their power harnessed down and they weren’t allowed to shine. They had to belong to a man to be recognised. 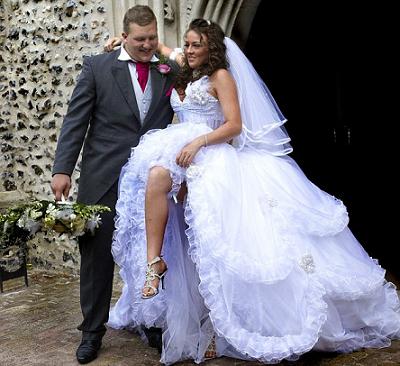