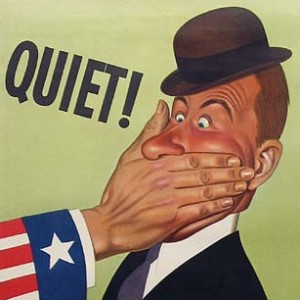 Unless you have been living under a rock for the past few weeks you can’t have missed the massive drama of the injunction stories; The main one being Ryan Giggs and Imogen Thomas and their six month affair. I am finding it really hard to stomach the way that Imogen has been treated in this whole sordid mess. In every article about it, Ryan is hailed as some kind of bloody second coming, practically knighted on the spot for services to football and fatherhood whereas she has been pulled apart; every tiny detail of her past has been disected and discussed and found lacking. Imogen has been painted as some kind of scarlet lady – an evil harpy, family destroyer and all round baddie whereas Ryan has escaped unscathed and looking like a victim.

Now I am not condoning or justifying their behaviour in any way; an affair is cowardly to me – if something isn’t working in a relationship then treat it with the respect it deserves and end it before you start dicking around with someone else. The reason I am so frustrated with this situation is because it is Ryan who was married with two children – he had the wife and the responsibility to keep it in his pants. Imogen – fair enough, perhaps she should have known better than to get involved with a married man but why is she now taking the full wrath? It has now been alleged that Ryan had a further 8 YEAR affair with his brother’s wife – what a fantastic role model for young children everywhere and all round stand up guy. Not.

The fact is that Ryan is a man. A rich man. Someone who was able to manipulate the courts and ensure that his privacy was protected whilst pissing all over Imogen’s. I have read that she never wanted to sell her story and that none of this would have ever come to light had Ryan not tried to cloak himself in secrecy; that as soon as the injunction was in place, the press got wind and started digging and found out that way. How much of that is true is anybody’s guess but the point is that Ryan was able to buy himself some time and anonymity whilst Imogen had no chance at such a priviledge. She has had to deal with every newspaper tearing her apart, implying that she is a terrible person capable of emotional blackmail whilst Ryan has had his side of the story littered with his successes on the pitch and quite a rosy image painted of him as a caring father and devoted husband who ‘made a mistake.’ It pisses me off no end that once again the media is playing the blame game. Both sides were in the wrong so it is completely unfair for Imogen to have to pay the price by herself and yet that is what’s happening.