‘This Is Me At My Most Narcissistic’ 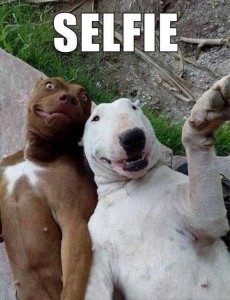 I was going to title this post ‘me, my selfie and I’ but I thought that was a pun too far, even for me. I am a contradictory bag of opinions about selfies – on the one hand, I think they create a society of people whose self esteem is linked to the likes their face gets on a daily basis, but on the other hand, I’m guilty of uploading selfies of myself too. 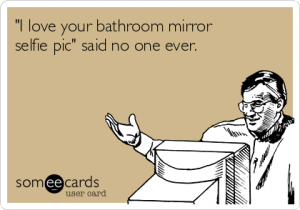 Unless you have been living under a rock, you will have noticed that selfies have taken over the internet. I’ve seen them at gigs, in bathrooms, at funerals, on planes, etc. We have over 90 million Instagram ‘selfie’ tags and memes in abundance. It’s official; they have entered our conciousness and dictionary. It’s endless, and relentless. I am all for self loving and being body proud but I think that the selfie trend is more worrying than liberating. 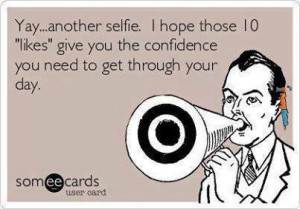 Firstly, there is the faux self deprecation that comes with posting up a selfie. We are desperate to be thought of as attractive but don’t want the reputation of being arrogant so we pepper our pictures with tags like ‘urgh, my face’ and ‘no sleep, look dead’ etc.’ This is like our ‘get out of jail free’ card. What we want are compliments and reassurance but saying that would be making ourselves too vulnerable, so instead we dress up a photo with put downs, so that the responsibility to boost us up is passed on to others. The fear here is what happens when no one comments? Or when someone says something nasty? It seems that our sense of self worth is inextricably linked to the response and reception that our online presence has. There have already been suicides linked to the selfie trend and we have had the drama over the cancer, make up free craze which threatened to blow up the net in a blaze of disdain and #hashtags. 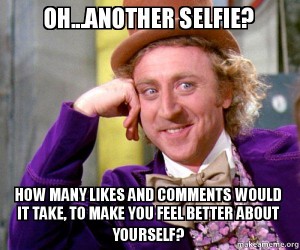 To me, the idea of a selfie is linked to the increasing individualisation of society. We are becoming more isolated from each other; very post-modern, Sociologists would argue.  Instead of having communities to look out for us, we have networks of followers who ‘favourite’ a picture and ‘like’ a life update. It’s not the same thing, and we are suffering for it. Of course there is the other worry, that we are too busy screen shotting to enjoy ourselves. If a night out ends up with 25 shots of you in the bathroom, on your own, it doesn’t scream ‘best night ever’ to me. 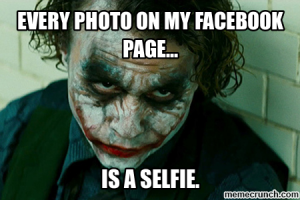 Access to media, and celebrity selfies galore, contribute to our lack of self esteem. We will never look like Kim K in a bikini so instead, we hide behind our screens, wallow in self pity and post up a picture practically begging for someone, anyone, to tell us we’re enough. The thing is, selfies ain’t real. When it takes you fifty goes to get the right shot; right angle, duck face just so, cheekbones chiselled to supermodel standards and the right filter, it isn’t representative of how you look. We all want to look our best obviously, but the issue here is the pressure this puts on us as women in society. Why is there this expectation that we look a certain way? 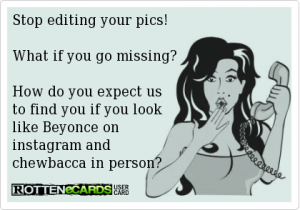 We are basing our confidence on a picture of us that our own mother’s wouldn’t recognise. Sounds all kinds of crazy to me and an idea that is only going to end badly. It frustrates me that we place such a high value on appearance; we are capable of so much more than looking ‘hot’ and yet, it seems to be the only way we have of gauging people’s perceptions of us. It would seem that our skills, ambitions and character are all redundant in the face of a ‘fade’ filter and a study carried out by Teen Vogue found that 91% of teenagers had uploaded a photo of themselves to a social media site. This is terrifying. I am 28 and if someone tells me I look like a car wreck, I can deal with it. But a 14 year old? New to her hormonal need to be lusted after, lost in day dreams of Harry Styles and desperate to keep up with the trends? How does she deal with the fallout a selfie might provoke? We have got to start teaching our kids that who you are is so much more important than what you look like. My fear is that we are lost in a sea of pouts and posing to notice the damage that this selfie shit is causing. 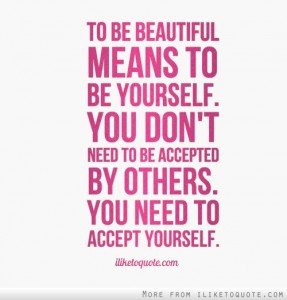