When We Were Younger, Time Was Under Careful Lock And Key 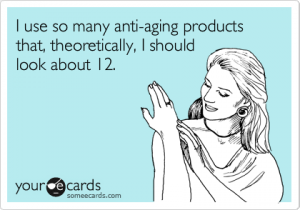 Urgh, my gag reflex took a battering today with this gem of an article in the Daily Mail.

‘The 60-something’s who look half their age from behind… and they’re ready to reveal how they’ve maintained a youthful rear view.’ The fact that it was written by a female journalist makes it even sadder I think.

We have such an issue with ageing in society; getting old is something to be revered and respected in many cultures but to us, it’s like a plague to be avoided at all costs. And by costs, I mean £££. The anti ageing market is raking in big bucks, preying on the vulnerability of women (and increasing numbers of men) who fear that they will become invisible the second a laughter line appears. We have serums, lotions, creams, sprays, botox, lip fillers, neck lifts, face lifts, pore erasers, blah blah. All of them use terms such as ‘illuminating’ ‘brightening’ ‘youthful radiance’ in an attempt to mask the actual bullshit they sell which is ‘don’t get old.’ 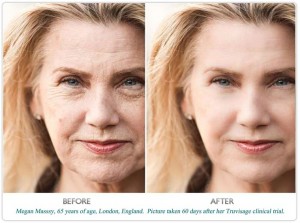 I think it stems from the fact that we worship at the altar of celebrity, built on a foundation of photoshop and great lighting. We see an image of a celeb with pore free, flawless skin and tight, taut limbs and think it’s attainable and necessary. Thing is, those images aren’t real. They showcase the talents of the guy out back, touching up the shots and adjusting the filters more than the actual person in the photo and yet we still beat ourselves up about how far from the standard we fall. 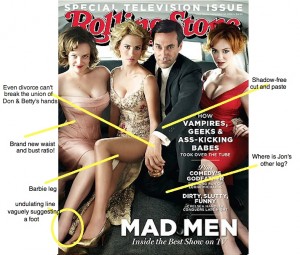 The article in question focuses on the ways in which four ’60 somethings’ keep their rears looking decades younger. So much is wrong with this. Firstly, the emphasis we place on a person’s appearance. The idea seems to be that being mistaken for a younger woman because of the tightness of their arse is somehow a newsworthy, hold the front page event. Secondly, the level of love we lay on younger women, as if those over a certain age have nothing to offer because their tits are no longer up round their cheekbones. Older women are symbolically annihilated from the media constantly whereas an older male gets given a prime time show and a young blonde to keep him company. Thirdly, the fact that there is this expectation that in order to ‘keep’ or ‘get’ a man ( as if they are nothing more than this season’s Mulberry) you must look a certain way. It’s such misogynistic bullshit, driven by a need to keep women busy worrying about their bums instead of having the time to address all of the inequalities around us. If we are concerned about how many wolf whistles we might get walking down the street, we might forget that we are still underpaid, still subjected to sexism on a daily basis.

One woman interviewed had this to say, ‘Sadly, I have to do a little more than exercise to remain this pert and perky at this age. As well as going to Pilates classes several times a week to keep me toned, I stick to a diet of lean meat, fish and greens. I only allow myself bread, cakes, chocolate and wine in moderation. I last had a glass of red wine a month ago.’ Sounds like a barrel of laughs to me, love. Another claimed, ‘I bumped into an old school friend recently at a party. When she introduced me to her husband, he looked at his wife and said: ‘If you’re the same age, why don’t you look like her?’ I hate that this kind of interaction exists; women played off against women. What happened to the sisterhood? 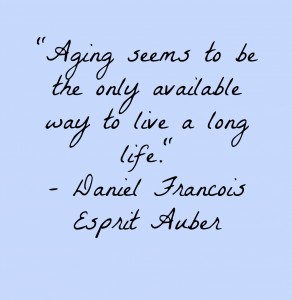 I have included the link to the article in case you fancy picking up some tips on how to ~ stay young. They include ground-breaking gems such as blow drying your hair and wearing tights so click at your own risk.