I’ll Make It Rain Down On You 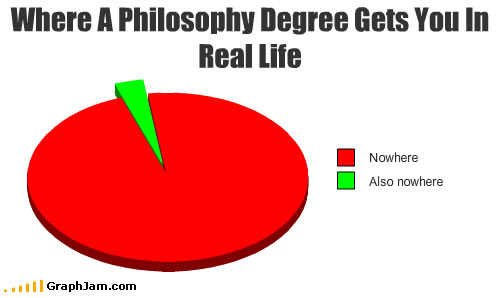 I have this ‘friend’, who, one night at university ended up in bed with a long haired Philosophy student who, despite his best efforts just couldn’t finish. He tried, and tried (and tried) – maybe it was the four £2 quad vods he had sunk – but no luck. My ‘friend’ tried all the tricks in her repertoire but nothing. Eventually, sore and facing facts she suggested stopping – it doesn’t matter if he cums right? Wrong. He just couldn’t get his head around the idea that sex could occur without a pay-off. At the time that idea was radical to me – my friends and I were caught up in a cycle of bad sex because we didn’t know what we wanted or how to ask for it in bed. We believed that any sex was great by default of it a) happening. Raised on a Cosmo diet of blow job tips and ‘positions to please your man,’ our pleasure seemed irrelevant so ending sex without a moan moment didn’t seem to be the end of the world. That concept was not the same for men. For them, sex should always = orgasm. 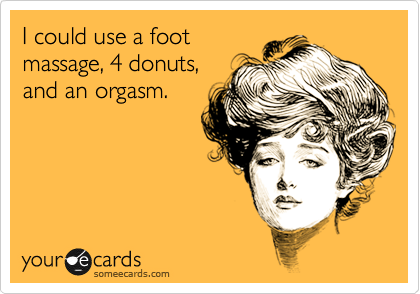 Fast forward a few years and my attitudes towards sex have changed massively. My body is a party – if you’re invited, you better bring a gift to say thanks. Knowing myself, and what I want means that I expect to orgasm through sex. The idea that sex should be mutually beneficial still blows some people’s minds though. I think that a lot of women are still hesitant to ask for what they want; perhaps they don’t want to seem ‘ungrateful’ or ‘slutty’ by implying that they want something different to what’s on offer. The worry that you’ll make the man feel inadequate by suggesting that his lack lustre licking is not getting you there or that it takes more than a few neck bites to warm you up. We treat sexually liberated women so badly; it’s a result of the patriarchal shackles we are bound by. Women knowing what they want is scary; it incites fear that they might not be satisfied with vanilla and might head out to track down a good time. Keeping them feeling ‘dirty’ or deviant for expecting good sex is a good way of keeping them passive and hesitant in the bedroom. Good girls don’t want to be f*cked hard, right? 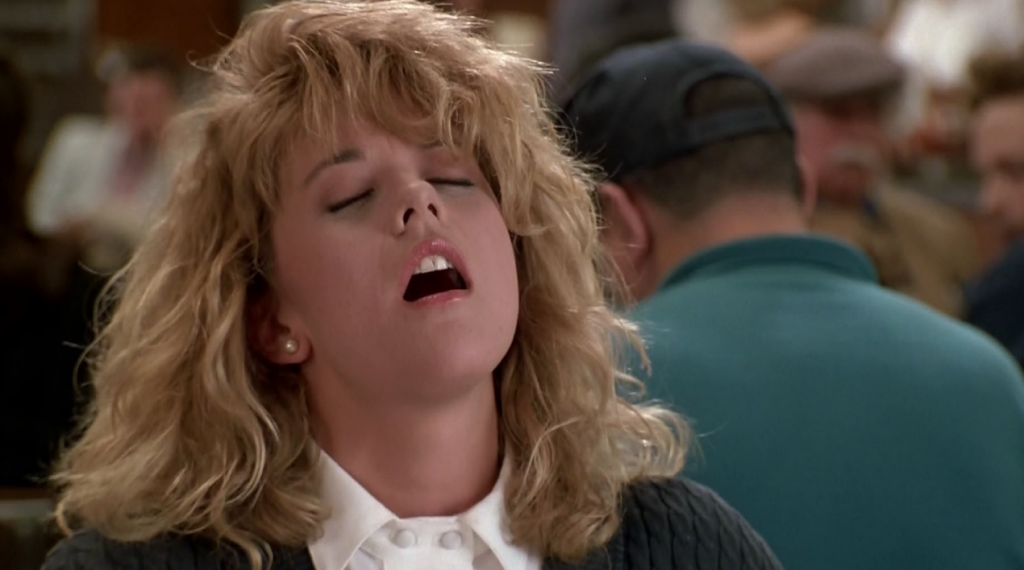 In porn, women orgasm ALL THE TIME. Not just that but they squirt. Sex is so awesome that they turn into gushing waterfalls, unable to hold in their enjoyment for a second longer. When researching for this post I spoke to some men and women about the female fizz phenomenon. The conversations went a bit like this; men ‘well, I’m about 13 inches soft and make my girl squirt so often that she basically just wears a nappy full time now’ and women ‘I’ve heard of it but it’s never happened to me. I think my friend’s work colleague had a mate who it happened to once though..’ A few women had experienced it; one as a result of some hot hate sex – it was unexpected which backs up the idea that it doesn’t happen on command. Another had it during a session with a girl but said that it wasn’t actually a pleasant experience, more a result of over stimulation. 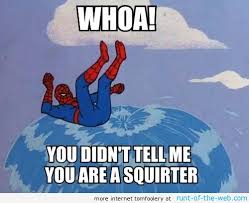 The female squirt seems to be heavily linked to male ego in the media; a sign of sexual prowess and skill. A new way of creating competition in the bedroom; it’s not enough to know how to make a woman orgasm – now you need to know how to make her gush as well to score man points. If you don’t end up with juice in the eye, you’re doing it wrong, clearly. I worry that this ability to squirt is just another way of creating failings in women. The fact that it is so highly contested, it’s existence debated, suggests that it is not happening up and down the country on a daily basis and yet we have it occurring in porn with increasing regularity. If you can’t do it, are you a freak? Are you a freak if you can? Will men be scratching their heads, puzzled when their best moves don’t elicit a squirt? Is it just another thing on the checklist of bed buddy expectations, alongside a big butt, shaved vagina and yoga-tastic move play? One more thing for us to be worrying about in bed rather than being able to switch off and go with it. 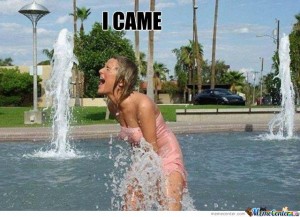 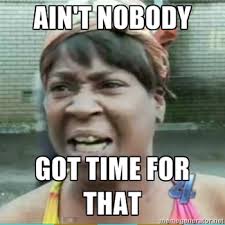