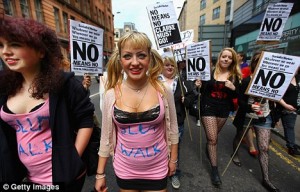 Given how incredibly gendered sexual violence is, it’s easy to slip into unfair and damaging assumptions when discussing it; women as victims: men as perpetrators. Rape, and sexual assault are definitely feminist issues. They are humanist issues. We should all be angry about rape and challenging plans that try to shut down support groups, to cut funding. We should be calling for harsher prison sentences and better long term counselling for victims. We need to challenge a system that is rooted in, and perpetuates patriarchy. Discourse about rape is incredibly important; in tackling sexism, in fighting privilege, in smashing down barriers and recognising inequalities. First though, we need to address the elephant in the room. 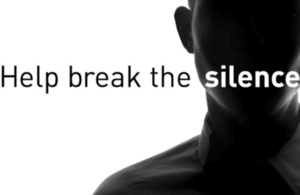 You might already know that 1 in 5 women will experience sexual assault at some point in their lives. You might have read that 85,000 women are raped each year, with 28% of these victims never telling anybody about what has happened and that, despite over 15000 being recorded, only 1000 end up in a criminal conviction. (This calls for a whole separate post on victim blaming playing a huge factor in explaining these stats.) Rape within marriage was only criminalised in 1991 – meaning that before this ridiculously recent time, if a husband raped his wife it wasn’t considered a crime; no, it was a ‘domestic issue’ that police were reluctant to get involved in. 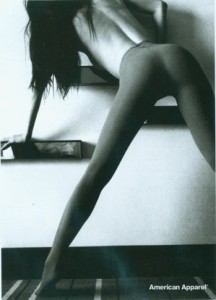 When a society constructs, and reinforces gender roles at every opportunity, it is easy to see how a rape culture develops; women are objectified and valued in terms of their attractiveness to men, what they can offer sexually. Rape culture; by that I mean the way in which women are held prisoner due to fear of rape; modifying behaviour, feeling nervous when walking home, ‘slut shaming’ etc – has a fundamental flaw though. It focuses too heavily on gender binary; we see two boxes drawn up of ‘women’ and ‘men’ – ‘good’ and ‘bad.’ In doing so, we exclude whole groups in society, victims, who don’t conform or identify with the very narrow gender roles we have created; trans, genderqueer, gender neutral. Furthermore, we ignore the fact that men can be raped too and that perpetrators can be women.

Something people aren’t discussing when acknowledging rape culture, is that 3 in 20 men are also thought to be victims of rape/sexual assault at some point in their lives. This doesn’t include rape that might take place in prisons and the real number is thought to be much higher as men are more reluctant to report attacks. It wasn’t until 1994 that male rape was even recognised in England and Wales. There are two main questions that statistics like ‘38% of the rape and sexual assaults recorded in 40,000 houses in the US were against men’ and ‘only 19% of sexually assaulted men in 2012 reported it to the police,  in the UK’  bring up. Firstly; why are men so reluctant to report sexual assault? Secondly; what is being done about sexual abuse/assault towards men? 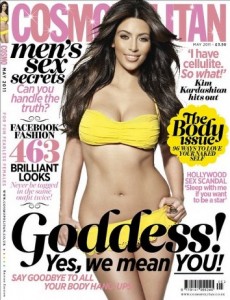 Let’s focus on socialisation; the process through which we all learn the norms and values of the society we live in. Sociologists like Statham and Morgan have both suggested that by the age of 5, children have very clear ideas about gender expectations and the roles they should be performing. This is often through processes Oakley identified such as canalisation (channelling children’s interests into gender specific activities and toys; boys and Action Man, girls with Barbies etc.) and manipulation (reinforcing/rewarding behaviour associated with gender, i.e. praising a son for getting muddy in the garden but discouraging a daughter from the same activity.) Alongside language (‘boy’s don’t cry,’ ‘protect your sister,’ ‘pretty girl, handsome boy.’) and media influence, we internalise the expected behaviours for gender and the majority of us conform without even thinking. It’s subconscious. How then, does this impact on men and their hesitance in reporting rape?

Masculine identities are often associated with traits like being aggressive, competitive, macho, sexual. Therein lies the crux; we expect men to be sexual, to be always wanting sex. With the male gaze, the existence of Page 3, some pornography, you’d be forgiven for thinking that men are up for it all the time. To admit that sexual advances were unwelcome, a violation seems to deviate from or subvert these notions. We expect men to be ‘strong’ – how could they be raped? How could they be bested by a ‘weak and inferior’ woman after all? Victim surveys have found that reporting a sexual assault leaves some men feeling like less of a man. They felt ridiculed and judged by a society that suggests they should always enjoy sex – ‘any hole is a goal’ after all, so what kind of man rejects female advances?

Furthermore, male victims are almost rendered invisible by the very language used in describing rape – ‘sexual assault involving sexual intercourse – defined as ‘the insertion of a penis into the vagina.’ Rape is almost exclusively seen as the violation of a woman by a man; victims are women, surely? How then could a man report sexual assault in a system that ignores the existence of it? In 2010, ‘made to penetrate‘ was added as an edit to the list of sexual offences but this again raises so many questions about consent and physiological sighs of arousal versus actual arousal. By denying that the rape of men exists maintains masculine discourse about masculine identities.

So what is being done? Victims’ Minister Damian Green said this in February 2014, ‘ I am determined to help break the silence on a subject still seen as taboo.’ In addition, the Government has committed £500,000 over the next financial year to provide services, like advice and counselling, to help male victims who previously have not been able to receive such support and encourage them to come forward after experiencing such a crime. Since 2010, £12 million has been provided to support rape centres that help women so that £500,000 is a small start.

Duncan Craig, founder of a male survivors group in Manchester, argued that until now there has been little, or no, support for male victims of sexual assault and rape. He states that ‘in the future I would like to see both the government and society begin talking more openly about boys and men as victims and see us trying to make a positive change to pulling down those barriers that stop boys and men speaking up.’ However, he notes that ‘it’s difficult, embarrassing and painful to speak out,’ further highlighting the fact that male victims fall foul of two issues; firstly the sexual assault itself but secondly, by resisting traditional notions of masculinity by being a victim.

By ignoring that men can be victims of sexual assault is doing a disservice to both men and women; feminism champions equality and the right to make informed choices and have total autonomy over your own body. We can’t fight for sexual equality whilst ignoring the plight of victims of abuse, whatever their gender.