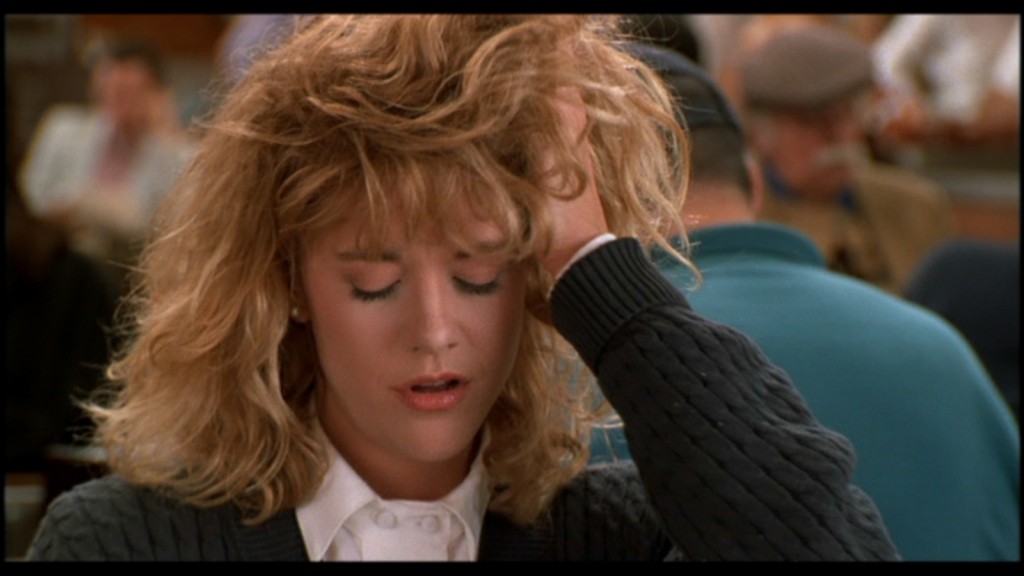 Oh, the female orgasm. There is so much mystery surrounding it that I’m surprised we haven’t seen a mass exodus of men thinking ‘fuck this’ and migrating to Buddhist monasteries. Statistically, only 25% of women can orgasm through vaginal intercourse alone, demonstrating that in order to cum, we need more than missionary, and 5% never orgasm at all. We can argue that a lot of orgasm mystique is shrouded in the fact that sex was typically seen as a male pursuit, with great swathes of material dedicated to ensuring his pleasure but little to help ours along. With Cosmo and the like regularly churning out articles on how to give the best blow jobs and the best positions to blow his mind, it seemed for a long time that our pleasure was inconvenient, a by product of his. The women I know though are not buying that bullshit any more. They want sex to be pleasurable and believe that it should be mutually beneficial for all players. 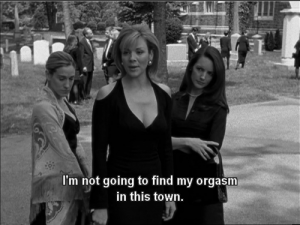 Now, when we consider that 85% of men claim that their partners had an orgasm the last time they had sex but only 64% of women agreed, Fay might be on to something. But how feminist is it to fake pleasure? When speaking with my friends about this, the over whelming majority said that they never do, NOW. But all agreed that they have faked it at some point. 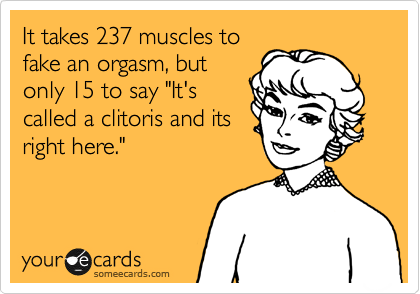 As a feminist, I believe that I am entitled to pleasure in the same way that a man is. Most men have sex to orgasm, to get off and so do I. After all, if sex is consensual and supposed to be mutually rewarding, pleasure is paramount, no? I know that I do my best to make it a good time for him in the bedroom, so the least I expect in return is the same treatment. I’m not ashamed to say that I want sex to result in an orgasm for me; I know that lots of women enjoy sex without an O moment but I am just not one of them.  I would rather be honest and say that something isn’t working or suggest ways that never fail to get me off then fake and contribute to potential future dissatisfaction.

So why are women faking? I’ve had several theories suggested to me

1. Women don’t want to upset their partner and so fake to flatter. I get this; it pretty much sums up my whole university experience where sex was little more than a guy complimenting my nipple ring and thinking that some aggressive fingering was foreplay enough to get me going. It wasn’t. The problem with this is that it’s doing a massive disservice to both players; women have unfulfilled sex and men think that their techniques are top notch. What happens if the next partner isn’t as ‘considerate’ and tells him straight that his moves aren’t moving much? You either have a man with crushed self esteem or a situation where a stand off occurs; him saying ‘well my ex bloody loved the way I dry humped her leg’ and the woman feeling inadequate that it takes more to get her going. This kind of fakery comes (haha) from a good place I think; wanting to please your partner but ultimately ends up with everyone feeling a bit shit about their sexual experiences.

2. Women feel embarrassed or guilty that it takes them a long time to reach O point and so fake it to avoid having to explain that they need more (time; clit work; variety; foreplay; delete as applicable) Again, this whole reason is fraught with flaws; it might take women longer to orgasm but you are entitled to that pleasure. You are completely deserving of orgasm. Your sexual needs are just as important as your partners and faking to avoid having to explain that you need more to get you moaning isn’t going to help anyone. Most of the guys I know would LOVE a woman telling them what she likes/needs in bed. They would be only too happy to oblige and go to town on making sure she has a merry old time – call it pandering to male ego or appealing to their competitive side but give a man a challenge and more often than not, he’ll take it. If the person you are sexing is a decent bed buddy then he will want to make sure you have a good time. If he doesn’t, kick him out and go solo. 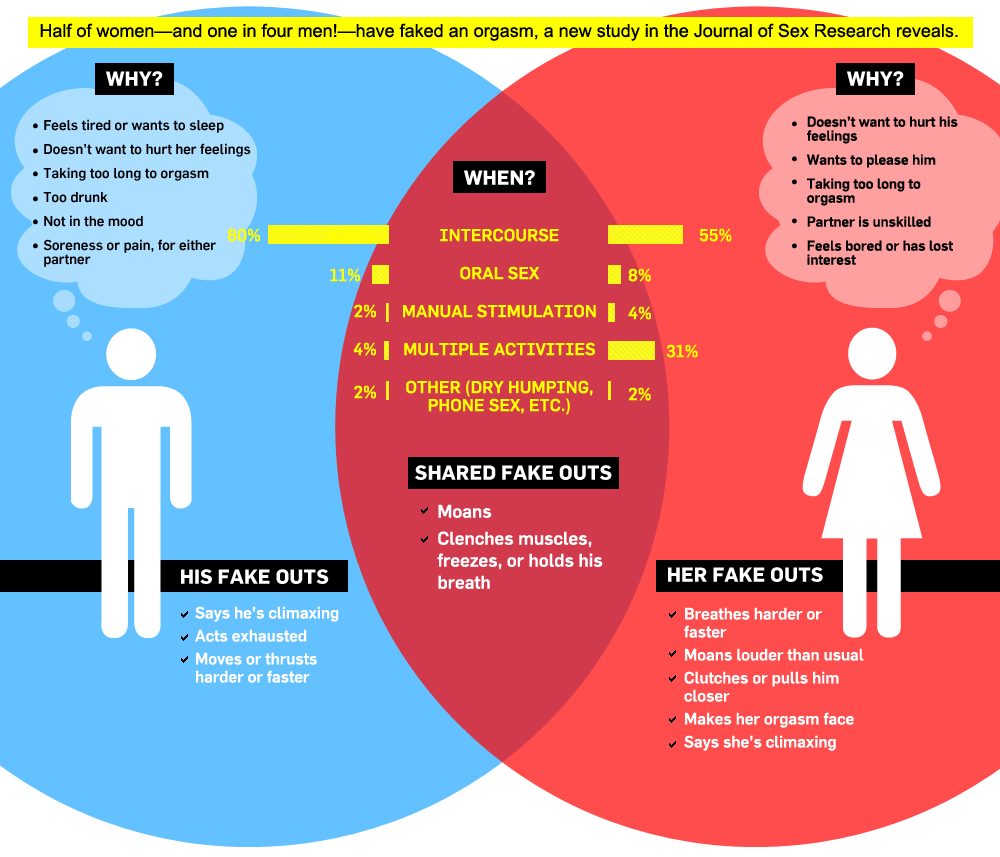 I think that if you are getting naked and horizontal with someone, you should be able to communicate with them and let them know what works for you (and what doesn’t.) If you fake, your bed buddy is thinking ‘YES! She loves this’ and so will do more of it. He might do it all the time which means you might ‘have’ to keep faking – ergo, terrible sex. Maybe the only way you can get off is when you are standing up, him grabbing your neck, whispering dirty things into your ear and using his hands to tease you or maybe it’s when he is dressed as a dinosaur and ‘rawring’ whilst you pretend to be prey. WHO KNOWS. Point is, talk about it, tell him and get the sex you deserve. 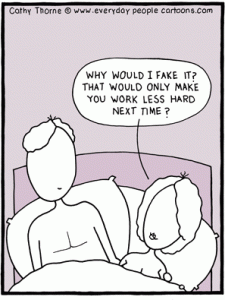 What do you think? Feel free to tweet me or email me at em@anygirlfriday.com

I love hearing from you!