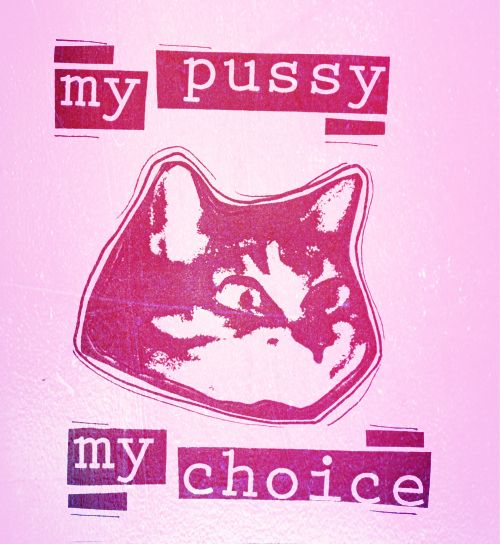 ‘So you would just kill my kids then, is that it?’ This is a question someone asked me when I said that I was pro choice. Because obviously, my belief that women should be autonomous beings with the right to safe, accessible abortion is definitely the same thing as going Pharaoh on all the babies.

The fact that in 2014, we are STILL debating the rights to abortion astounds me. That we still have groups of people who want to restrict access, impose conditions or pass judgement really fucks me off. Sorry to bring out the P word but its patriarchal bullshit; trying to control and monitor bodies, trying to enforce notions of femininity on women (‘but you’re a woman – you MUST be maternal. How could you not want a baby?’) Anti abortion thoughts are rooted in traditional, patriarchal ideals where a woman is defined only in terms of her ability to reproduce and valued as a mother above other roles. 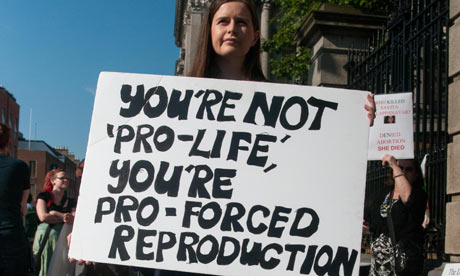 I have heard all of the pro life arguments you can throw at me.

Nope. I’m pro choice and pro family/pro child. Forcing a woman to have more children than she wants/can afford often forces them to live below the poverty line. Safe, accessible abortion can provide a way of stabilising family units by ensuring that women are in control of the number of children they have. In fact, a surprisingly high number of women who have an abortion do so because they already have children and don’t feel able to support more. Supporting the right to abortion is not the same as saying ‘I hate children and want them all dead and P.S. everyone should die alone.’ Furthermore, 81% of abortions in the UK in 2012 were carried out on single women so it’s not quite the evil act it’s made out to be, tearing innocent families apart is it?

You should use protection/abortion isn’t there to be used as contraception.

Less than 10% of abortions are carried out as a result of no contraception being used. Contraception isn’t always reliable and in some countries, not always available. Does it matter if a woman has 1 or 100 abortions? Really? Tell me how that affects your life personally.

It’s risky/often carried out too late

91% of abortions are carried out before a woman is 12 weeks pregnant. It’s much more likely for a woman to die in childbirth than through having an abortion. Medical abortions have less than 0.5% risk of serious complications. The risk of having an abortion in countries where is isn’t legal is much higher however which tells us that banning abortions doesn’t stop them from happening; it just makes them unsafe and dangerous for women. 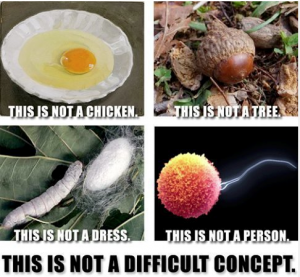 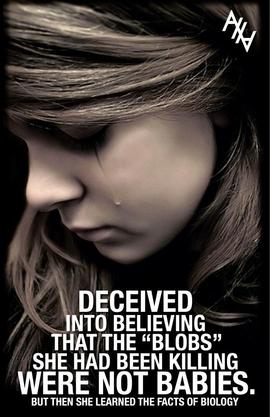 Something that bothers me is the way that pro life thinkers approach the issue; trying to make women feel bad for their choices and shaming them into admissions of guilt. For some women, choosing to get an abortion is hard, horrible and heartbreaking. For others, it isn’t. There is no default setting for how a woman should act or feel following one. To me, anti abortion arguments smack of privilege and sanctimony. Thought up predominantly by men who will never get pregnant, therefore never have to go through an abortion. 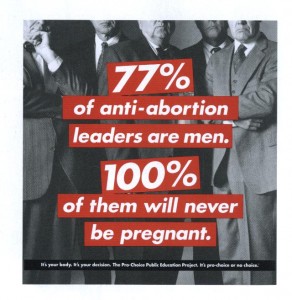 Then we have the ‘ranking’ system that seems to come with abortion debate; only certain conditions seem acceptable to some people. ‘Oh. she was raped – that’s fine.’ ‘She got drunk so it’s not ok.’ This implication that only some abortions are justified or considered ‘worthy’ is harmful. Why can’t the reason ‘I don’t want this baby’ be enough to placate the masses? Ranking abortion reasons creates a system where some women are ‘bad’ and others are ‘good victims’ which creates tension within the pro choice camp. To me, you are either pro choice or you’re not. Pro choice doesn’t mean pro abortion; it means pro the rights of women to make the decisions that they want to, to have the right to access abortions in a timely, supportive, safe way. I think this statement on reproductive freedom sums it up nicely.

Defined by feminists in the 1970s as a basic human right, it includes the right to abortion and birth control, but implies much more. To be realised, reproductive freedom must include not only woman’s right to choose childbirth, abortion, sterilisation or birth control, but also her right to make those choices freely, without pressure from individual men, doctors, governmental or religious authorities. It is a key issue for women, since without it the other freedoms we appear to have, such as the right to education, jobs and equal pay, may prove illusory.

What do you think? Let me know. Also, follow me on twitter – I am a social media fiend and love talking to you all