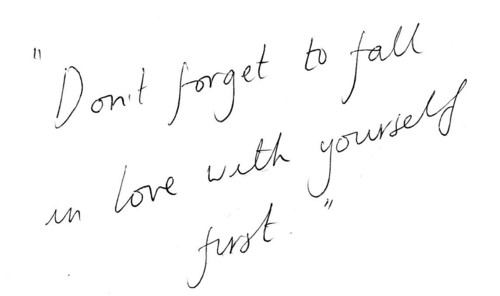 Confident women can be scary; society is heteronormative and relies on gender codes and internalised behaviour and expectations to keep us conforming to specific gender norms. When we stick to our ‘acceptable’ behaviour list, things are easy and society knows what to do with us; Men are taught to be the breadwinners; the protective, dominant sex for example; When a women doesn’t need that protection, when she is confident asserting herself and being an independent, autonomous being, it scares the men who have spent so long being told that they run the world. 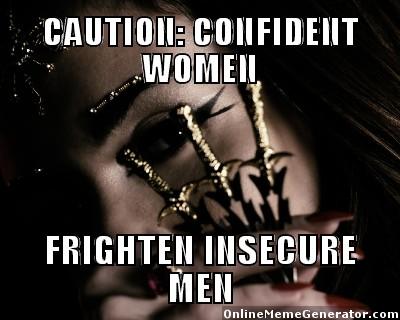 It can be hard to love yourself in a world that doesn’t want you to; every advert for make up suggests that your face isn’t good enough without it’s ‘brightening’  ‘illuminating’ power. We have ‘spanx’ to smooth out our awful, unacceptable lumps; life hacks on how to be ‘better,’ ‘funnier’ ‘sexier’ etc.. and magazines full of tips on how to ‘look’ or ‘be’ slimmer whilst bombarding you with images of models who all conform to a homogeneous, narrow representation of beauty. It can be so easy to fall into a self loathing trap, where you never think you are good enough as you are. Women are marginalised; our concerns and issues trivialised at every opportunity that it can sometimes feel like a relentless battle to ignore the voices in our heads that tell us that we are inferior. 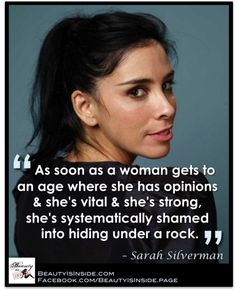 Something that worries me though is this idea that confident women are somehow in need of pulling down. Society calls them ‘bossy’ and ‘high maintenance’ in a bid to try and imply that their behaviour is not acceptable or feminine. Good girls don’t make noise or speak out when they are upset, OBVIOUSLY. To me, being called bossy and high maintenance makes me smile. I am.I just refuse to see that in a negative light; I expect respect, pleasure, support, attention. I’m not sorry about that at all. ‘You are such hard work’ – good. ‘You are so loud/expect too much/ so moody’ – all code for ‘you scare me because you know what you want and won’t settle for less than that. 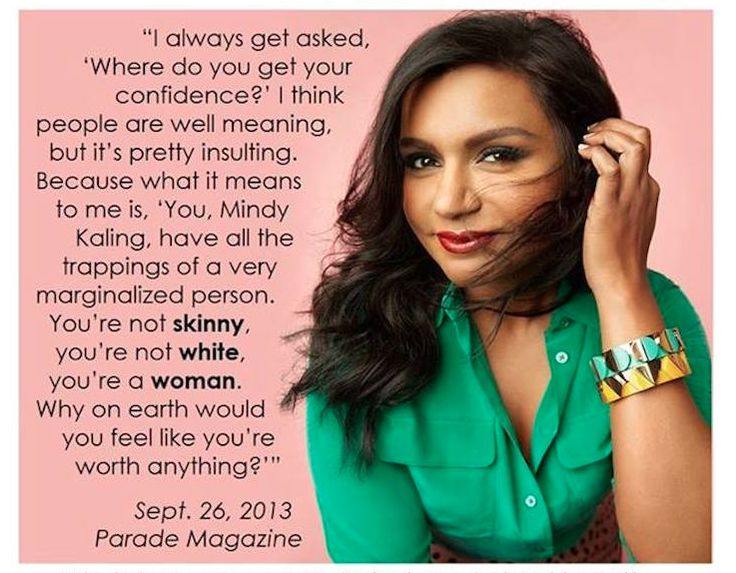 We’ve all heard the comments directed at confident women; she’s’acting like a man,’ she is too competitive or aggressive. These traits, so lauded in masculinity result in outcry when presented by women. An assertive man is confident; an assertive woman is emotional. A competitive man is an asset; a competitive woman is unfeminine and a liability. I have had countless conversations with my friends about expected behaviours and why subverting and resisting them can be positive; taking charge of yourself, recognising your strengths and being confident enough to say ‘hey, I really dig myself today’ are not bad things. Yet it has almost been drilled into us to be self deprecating, to refute compliments and to reject praise for fear of coming across as ‘arrogant.’ 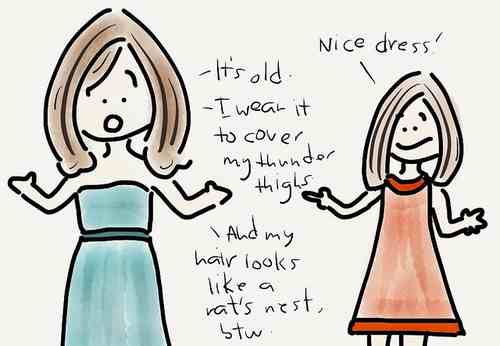 When someone says ‘you look cute today’ we almost instinctively reply with a negative comment; ‘oh, this is just an old dress,’ or ‘no, I look like shit!’ When something we do at work is positively acknowledged we feel duty bound to slip in some put down about how ‘it was nothing’ and ‘could be better to be honest.’ It’s as if we don’t believe that we are worthy of recognition for the amazing things we do which I think is BULLSHIT.

There is a big difference between being confident and being arrogant. Arrogance to me, implies a sense of entitlement, a superiority complex that is rooted in a idea that you are somehow better than those around you. Not here for that. At all. But knowing that you are super adorable, amazing and worthy of every good thing that happens to you – and strong enough to deal with every set back as well – that is confidence. Confidence comes from never giving in to those negative voices in your head/on twitter/ in every issue of Cosmo. It means never apologising for the way you feel – if you are angry, sad, overjoyed, turned on beyond all help at the thought of Kit Harrington naked and tied to your bed – GOOD. You are allowed to have feelings and should never feel obligated to throw on a mask to cover these up, lest society deems you ‘an emotional woman’ or laughs and says you must ‘be on your period’ because you feel justified in tackling sexism or inequalities or saying ‘fuck off’ when someone is rude. 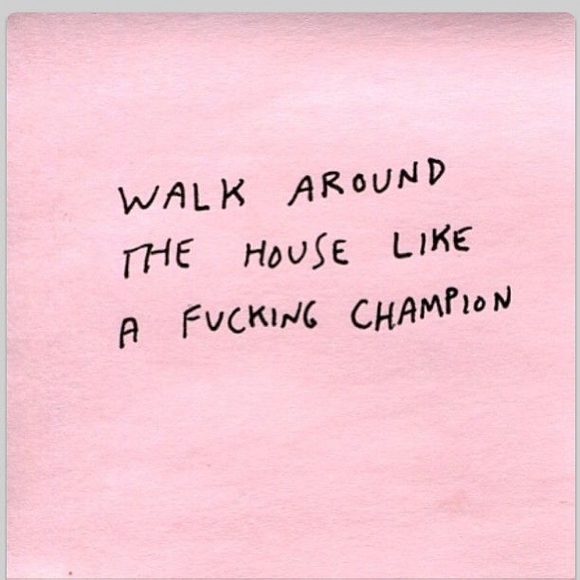 I am confident. I think a lot of it comes from surrounding myself with positive people who build me up and tell me that they love me all the time. If my friends are feeling down, I make it my business to cheer them up and vice versa. Confidence isn’t about being happy and dancing about in your underwear every minute of the day – instead, it’s more to do with knowing that you might feel sad sometimes but that you can deal with it because you are tough and strong and brave. It is knowing that there is so much more to you than just being beautiful but still believing that you are a hot goddess who deserves someone to get that and love every inch of you. It isn’t easy to be confident all the time but it is important to try.

I think this lyric really sums it up for me; society sells us so many conflicting messages about being a woman – quick, have kids before your ovaries dry up and go retire in Benidorm; catch a bloke and get married lest you end up like poor Jennifer Aniston; have a kickass job but give it up to have children because working mothers leads to juvenile delinquency and angry students obviously; be sexy but too sexual; go make up free to prove a point but make a bloody effort love, come on now; dress to impress but don’t try too hard. God, it’s EXHAUSTING and not worth the worry. 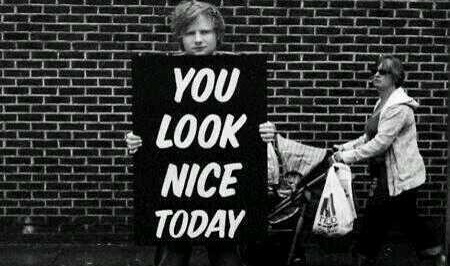 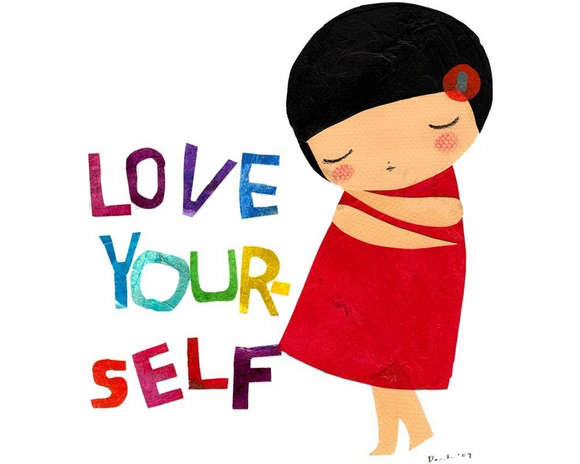 Yeah, it’s hard. And some people won’t like it – but they don’t have to. Loving yourself is the most important relationship you can have; be your own port in the storm, your own other half and your own number one fan.