In June I wrote a guest post for the amazing Consent Culture site about whether or not consent was ‘sexy.’ I am still pretty riled up about the whole campaign to be honest; yes I completely agree with the importance of consent being given and respected but this initiative plays into the prevalent, rape culture concepts of victim blaming and the responsibility being on victims ‘preventing attack’ rather than on teaching people to respect boundaries/tackling entitlement, objectification and misogyny. I wanted to post my original piece here as well as I think it is such a big issue; 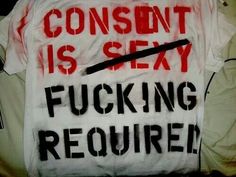 You know what pisses me off? More than the head imploding misogyny that is rampant in advertising on magazine stands across the globe; more than the lyrics in songs that encourage men to think of women as little more than holes to be claimed, mouths to be filled, bodies to be possessed; more than the idea that women get up and dressed every morning with no other aim than impressing men and being found fuckable;  it’s this idea that the only way to ‘sell’ consent, is to sex it up.  That the only way to get people on board with the idea of consent is to intrinsically link it to the idea of sexiness, of getting laid, of being found ‘sexy.’ 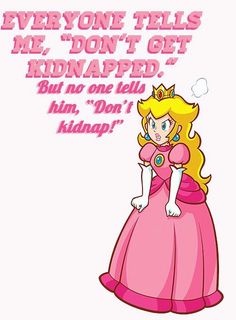 We shouldn’t have to be teaching kids that consent is sexy. Consent isn’t sexy, it shouldn’t be sexy – it’s mandatory. It’s integral. Hell, it’s the law. By saying ‘sexy’ we are almost implying that it’s preferable but not necessarily necessary. I mean, I find beards and tall guys ‘sexy’ but wouldn’t say no to Dave Franco; him of miniature proportions and fuzz free face, thus highlighting the fact that my understanding of what is ‘sexy’ is dependent on the situation, malleable, subjective, open to change given the arrival of a fit short guy with a fetish for Gillette. Consent is none of those things – It should never be accompanied by the suggestion that it is anything other than ABSOLUTELY CRUCIAL. By linking it to a term that is so open to interpretation leaves it subject to confusing questions. Am I not sexy if I don’t give consent? Am I only saying yes so that he thinks I’m sexy? Is saying no merely just  ‘unsexy’ then? An inconvenience rather than a ‘back the fuck off and stop touching me?’ Consent as a word brings about so many clinical, sanitary connotations; you have to sign a consent form in hospital before you have surgery. You sign a consent form to get your new sofa delivered. Consent is what we have to get before carrying out sociological research. Applying that to sex is about as sexy as stopping mid way to play ‘would you rather’ and asking if they’d rather die by spider bite or snake venom. It brings about a mental image of whipping out a clipboard and Biro and asking them to sign on the dotted line; ‘I hereby consent to you fucking me in the living room’ etc. I get that to some, it might be the term that gives them the creeps about this campaign; Initially I thought that maybe it was the semantics that got me so twisted about it as well  but then I thought nope; consent can be as simple as asking ‘is this ok?’ ‘Should I carry on?’  It’s not the terminology that’s riled me up, it’s the contribution to rape culture, the trivialising of something so paramount that makes me want to scream. It’s once more putting the onus on ‘us’ to ‘give’ consent, rather than on ‘them’ to be decent human beings and not take what they feel entitled to without merit. 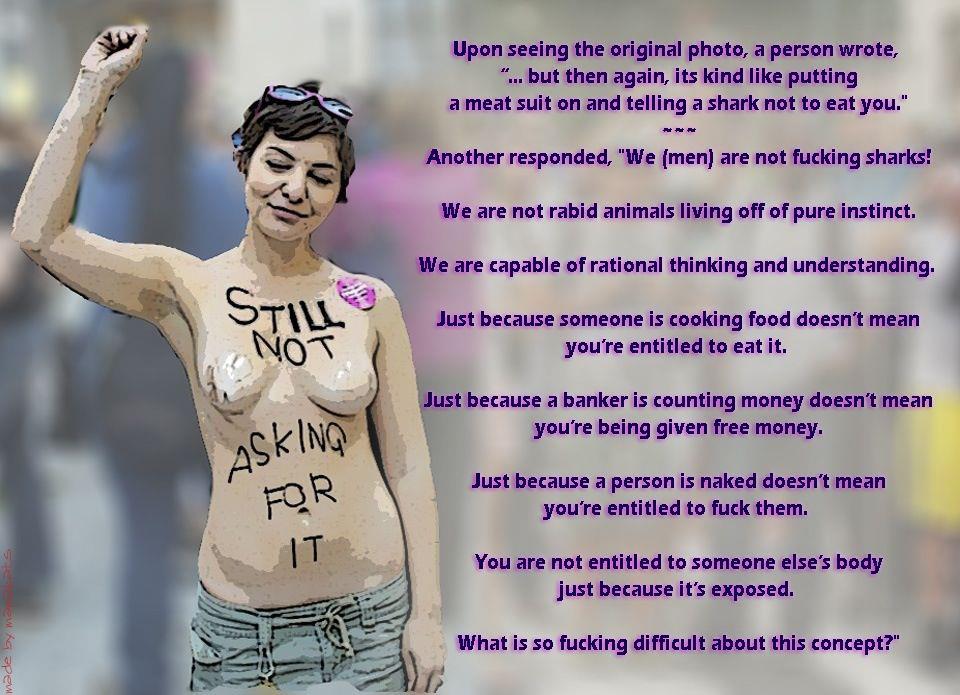 To be honest,  instead of dancing around the issue, we should be saying ‘don’t put your dick in things that don’t want it in there.’ ‘Don’t rape.’ ‘Don’t touch anyone that doesn’t want you touching them.’ These are the conversations we should be having with our children. Respect each other, respect personal space, don’t shove your tongue down strangers’ throats or feel entitled to grab someone’s arse as they walk past. How on earth have we reached a state where we need to dress up consent in sexual language in an attempt to get the point across? How fucked are we all if the people in positions of power have invested time and money into tackling rape culture and all they could come up with is ‘consent is sexy?’ 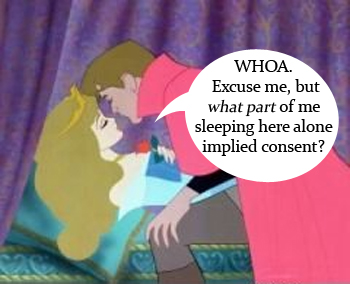 Anything less than fully informed consent is assault. Let’s not dress it up or trivialise it. If you haven’t got consent, you are assaulting someone. It really is that simple. But, but…. I hear you cry. Short skirts. Drunk girls. She kissed me first. Blah, blah. These are things I hear a lot, mainly from men who argue that rape isn’t always black and white and that sometimes a ‘woman deserves it.’ My response is always the same; rape is black and white, and no, she never ever does. No one deserves to be raped. A troll on twitter saying I deserved to be raped brutally  for daring to voice the opinion that rape culture exists, is evidence enough that we live in a society where sexual assault and victim blaming is rife. There are so many issues at play here; patriarchal institutions that protect men rather than tackle injustice and put support in place for victims; objectification and sexualisation of women in the media and porn leading to the notion that all women are fair game and up for it; entitlement and privilege and this idea that a man is somehow entitled to a woman by default of being male; binary, narrow notions of sexuality and sexual identities leading to skewed expectations of sex and interest etc. ‘Consent is sexy’ really does play into rape culture. It is focusing on the WRONG part of what consent should actually mean. Giving consent means you are trusting someone with your body, your pleasure, trusting someone to respect your boundaries,  to meet your fantasies and limits. Consent is intrinsically linked to other concepts such as respect and consideration for others. It shouldn’t be reduced down to such basic terms as ‘sexy.’ 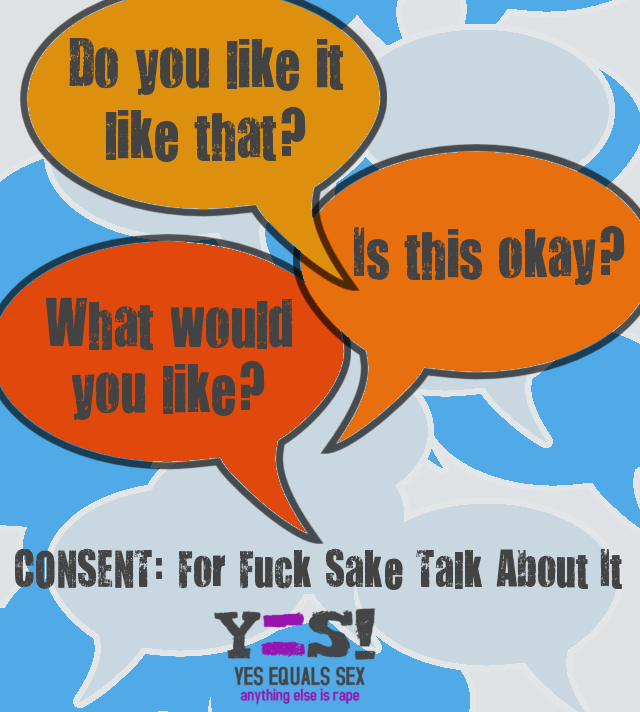 This campaign is a start. A tiny, baby step in the right direction, start. We need to start challenging the idea that rape is somehow preventable by just sticking to well lit streets and carrying a whistle; by emphasising the role of consent before access to muffzilla is granted, we are taking a stand against passivity and against simply teaching the biological aspects of intercourse. We still need more though; we need to be tougher when teaching about rape – if you haven’t been given access to my vagina, stay away. If you have, be fucking grateful and treat it with respect. Consent ISN’T sexy – it’s necessary, it’s vital and necessary. It isn’t just a preferable plus.