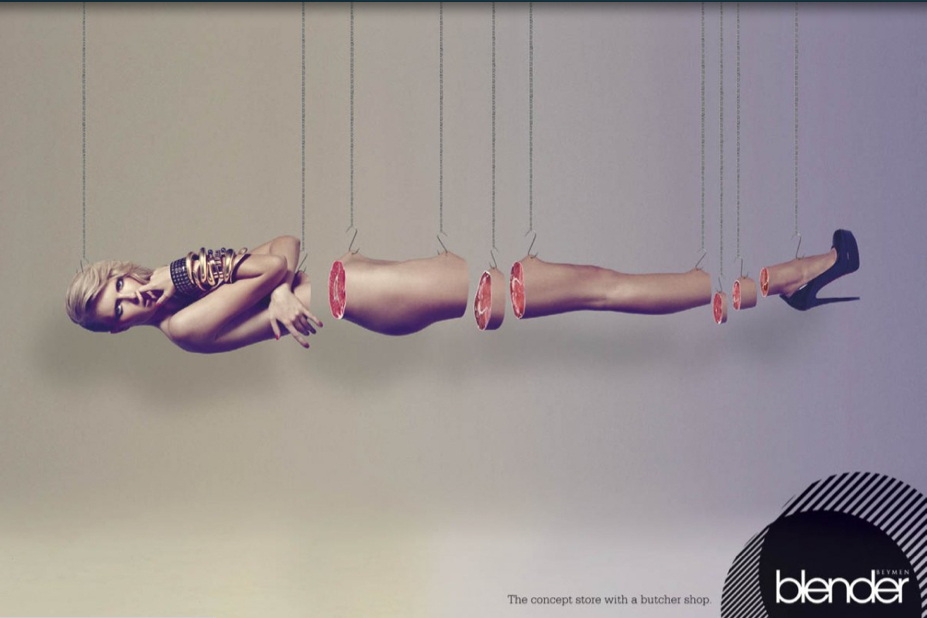 I love boobs. I think they are beautiful and if I thought I could get away with posting a picture of mine here I would but as my mother reads this and would spontaneously combust at the sight of my pierced nipples, I’ll have to deny you that treat. What I don’t love though is the constant and systematic objectification of women and the hyper sexualisation of boobs that sees them become public property. The ‘No More Page 3‘ campaign was launched in 2012 by Lucy-Ann Holmes and has received a ton of media attention since. I get it and am totally on board with the majority of key points behind their aim of getting Page 3 removed from The Sun. If I am totally honest though, I haven’t signed the petition; not because I don’t recognise it’s importance but because I think The Sun itself is a hideous, misogynistic rag that manages to tick every box of the DO NOT DO list including transphobia, racism and homophobia as well as the rampant sexism. Signing the petition felt like saying OK, just the tits need to go and it’s cool, when in actual fact the whole HQ could burn down in a fire, leaving just a pile of thongs, used tissues  and Jeremy Clarkson’s suits and I wouldn’t mind. 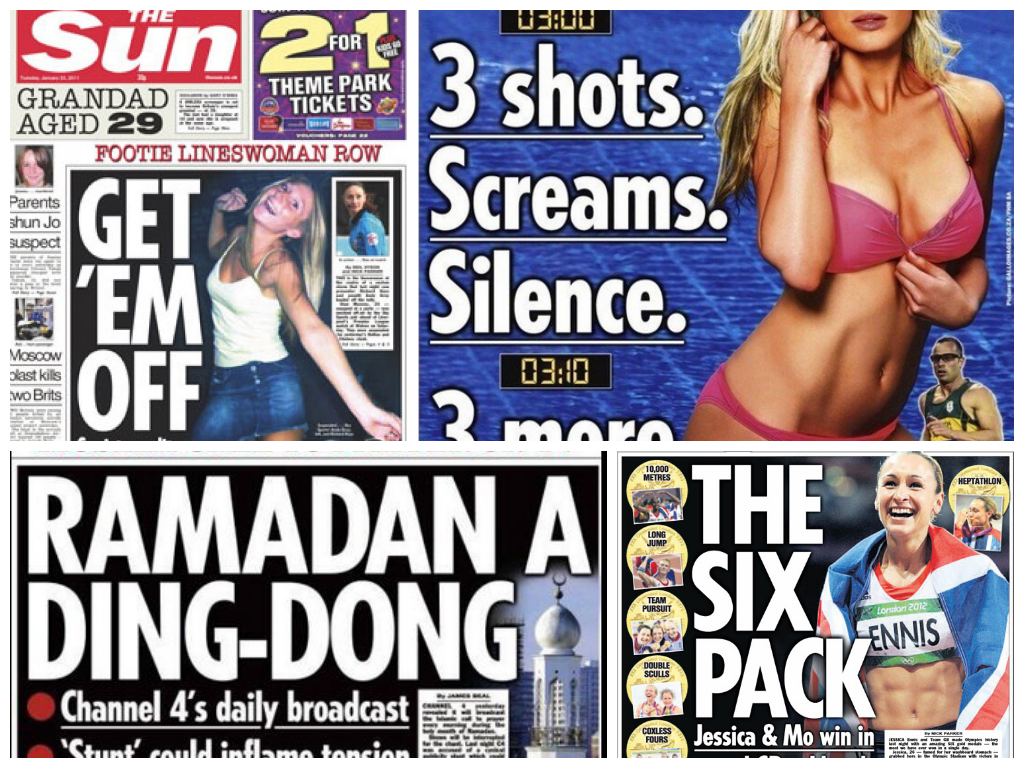 Why does Page 3 irk me so much though? Firstly, it presents women as little more than objects to be ogled over and reduces them down to body parts and ideals about sex and fuckability. When you have a newspaper full of stories about men doing ‘stuff’ like saving cats from trees, getting their dicks stuck in a Gregg’s pasty or running the country, the fact that the largest image of a woman in the whole thing is of her topless and posing seductively is pretty fucked. It screams that no matter what else women might be praised for in the paper, their primary purpose is to be lusted after and to have super perky tits that make the men pant. It is hard to encourage young girls to be ambitious in a society where their worth is still intrinsically linked to how appealing they might be to men; hard to promote ideas of equality when a daily example of sexism, glorified objectification and gender stereotyping exists in a platform that is so easily accessible and marketed as family friendly. I have read so many justifications for keeping the Page 3 section; it’s harmless, it’s traditional, they are JUST BOOBS but none of these sit well with me. Harmless? On the surface, sure; what harm can a pair of tits REALLY do? Tits themselves are awesome, right? They are soft and nice to touch and do stuff like feed a baby and hold up strapless tops. How can a page that celebrates these miracles be bad, I hear men who can’t get laid and know that this is the closest they’ll ever come to a pair of boobs, cry? Having them splashed across a page like this ‘harmlessly’ contributes to rape culture and male entitlement of which we already have a shit load to deal with. It sends a message that women’s bodies are public property, there for the taking. It tells guys that it’s totally cool to stare and lust after our boobs, because isn’t that the point of Page 3? To stare at some boobs? It says that we are fair game for cat calls and street harassment because the overwhelming message being transmitted is that as women, our primary purpose is to look appealing and be found desirable to men. The image is there for nothing other than titillation, to get a guy thinking, ‘cor, I’d love to bang her’ and the nicey nicey way it’s all done makes them think they could. Sure, it’s not pornography – it’s family friendly apparently and that’s cool because we shouldn’t be ashamed of our bodies and boobs don’t need to be hidden away like top secret government intel BUT it’s the context, the way in which they are represented that’s the issue. Men do sport! Men write about serious things like money and politics and cars and women? Well they stand there with their tits out and a caption saying ‘Cheryl LOVES sausages *wink*’ If your family are reading it, seeing that, what do you think they’re going to take away from their bonding exercise of reading The Sun before school? Oppressive gender roles, male entitlement, women are objects and there for sex is what. The idea that women are inferior and that the needs of men matter more. Traditional; This whole argument is based on the fact that it’s always been that way so you can’t change it. Bullshit. You do know how society progresses and evolves right? If we stuck with tradition, we’d be living in caves, discovering fire and giving birth in fields. Women are supposed to be equal and powerful now; we have the vote, The Equal Pay Act and Nicki Minaj and yet we’re supposed to buy that a national newspaper can’t change Page 3 because TRADITION?  Okay then. They’re just BOOBS; Alright, this is the one that pisses me off the most. Because they’re not just boobs; they are very specific boobs. To be honest, it could just be one pair of boobs with a different head attached each day. WHO KNOWS? 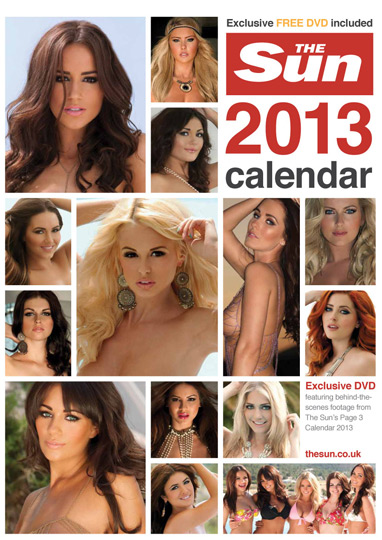 All of these women are white, with long hair and a very homogeneous body shape. These aren’t just boobs; they are one type that exist, reprinted every day, over and over. If you want to celebrate tits, DO THAT. Do it by showing breastfeeding instead of demonising it because someone else (aka, not you)  is attached to the nipple and you can’t take that insult to your ego; show women of colour; show lopsided tits; natural; small; massive; fake; women who have had a mastectomy. Don’t pretend to celebrate boobs by showing one pair on repeat and calling it ‘harmless.’ When someone who doesn’t immediately identify with the women in the pictures  (most people, then..) views these images, it could contribute to low self esteem, feeling ‘ugly’ or ‘wrong’ because they don’t match up and plays into the body shaming culture so often seen in The Daily Mail/ every magazine ever. It says that THESE boobs are perfect, what men want, what yours should look like. That isn’t harmless or innocent, or family friendly. It peddles an exclusive, idealistic body type that is unrealistic or unmaintainable for many women ON A DAILY BASIS. 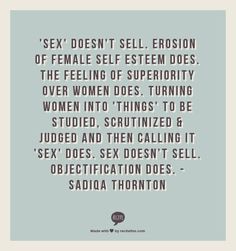 There are lots of things that blow my mind; the fact that The Sun has millions of readers is one of them so to those people saying ‘just avoid it’ – easier said than done. It exists. I don’t have to personally buy a copy of The Sun to have it’s impact felt; that is done in the way in which some men treat women; the way in which we have politicians responding that ‘this particular page is something of a national institution, providing the girls with a job and Sun readers with some light and harmless entertainment.’

It is felt in the way that young girls scrutinise their bodies and feel inadequate due to society’s insistence that we should look a certain way and conform to beauty ideals. It is apparent in the way that men feel entitled to our time, attention and bodies and the way that women share their experiences of sexism on an hourly basis on-line. It isn’t harmless. It is sexism. Glorified, state sponsored, harmful sexism.  What do you think? Follow and tweet me @anygirlfriday