My Vagina Waits For No Man 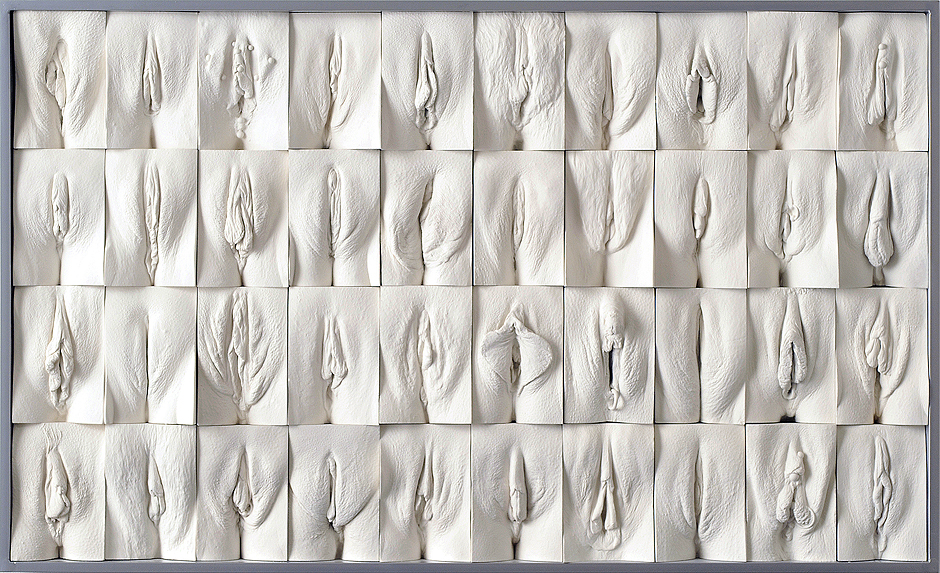 Cunt; pussy; flaps; vag; fanjita; vajajay; box; cooch; gash; beaver; clap trap; clunge; hoo hoo… whatever you want to call it, your vagina is a work of art. Literally. British artist Jamie McCartney made the sculpture above; in total he made moulds of 400 different lady gardens, including the parts of twins, transgender women and those in that invisible category in society; women over the age of 30. His aim was to make vaginas more ‘understandable’ and to stop the increasing number of ‘designer vagina’ operations taking place each year by demonstrating that pussies come in all shapes and sizes.

There are so many myths about vaginas, it almost makes my head spin: They smell, they are all the same, too much sex makes them loose, virgin vaginas are the holy grail of tightness etc. It’s all bullshit – your vagina is awesome as it is and you don’t need special feminine wash or to worry about how you taste when your partner heads south. Our vaginas are self cleaning, stretchy marvels and an orgasm is better for a headache than paracetamol. That doesn’t quite make up for monthly cramps but it’s a start, you know?

There is a scene in Sex and The City where Charlotte has to keep a vagina journal because hers is depressed; she claims that she thinks they are ‘ugly’ and this down there despair is echoed by lots of women who aren’t on BFF terms with their bits. It’s no surprise really, when you think of the ways that our vajajays are portrayed; weak, passive. How the ultimate insult to a man’s masculinity is to call him a pussy. How we say ‘fuck you’ in an argument, implying that being fucked, the receiver, the vagina is bad and worthy of derision.

I asked twitter what names they like/loathe for their lady gardens and the response was amazing – terms like ‘pussy’ and ‘cunt’ were favoured whereas anything that infantalises (‘minnie’ ‘hoohoo’) or implies something disgusting/deviant were out (‘gash’ ‘wound’ ‘whore hole’) Turns out women don’t like it when you suggest that their vaginas are childlike or nasty; who’d have thought it?

As a feminist, it is interesting to see the ways in which female bodies and sexuality is policed or shamed in society and the linguistics surrounding this most ‘feminine’ of female parts is fascinating. Men want to control it at any cost; either by claiming it, naming it, reducing it down to a childlike entity that they have power over or by shaming it with terms like ‘whore hole’ or ‘gash.’ 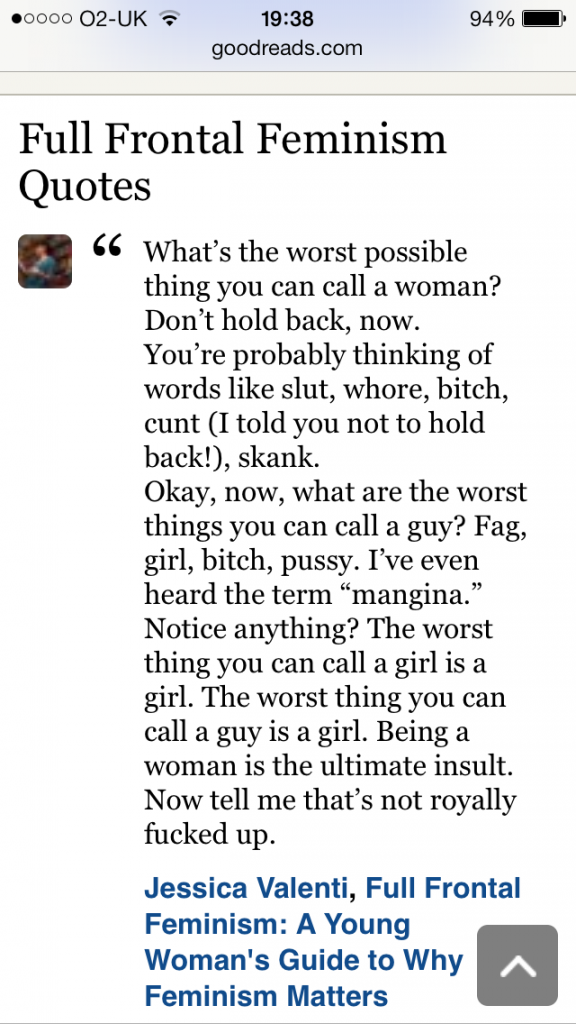 To me, it’s as if guys spend so much time talking/rapping about sex and trying to get into our knickers, only to then turn around and use what they find as the ultimate insult – your vagina is both the best and worst thing to happen to a guy apparently. Let him in and it’s good times a go-go and judging by a bunch of rap lyrics, ‘poppin that pussy’ is on every guys to do list and yet despite this, calling a guy a cunt or some other gendered insult is as bad as it gets. Colour me confused by this 180; are vaginas good or bad? WHO KNOWS? We could argue that this sums up many perspectives on women; objectified, good for sex but ultimately inferior. 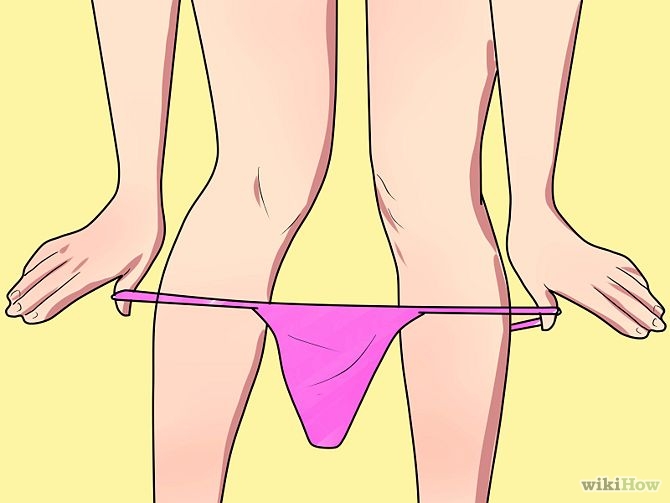 Vaginas are subject to so much hate in society; from a linguistic point of view in the language that we use to describe them; our harshest words to hurl as insults are gendered which imply that being a woman is somehow the worst thing ever. Even more worrying, vaginas are seen as passive penis purses – the assumption that we exist as little more than holes for men to claim as demonstrated by violent porn, video games or the majority of films where female characters are throw in as male gaze fodder or as a sassy sidekick for the man to fuck at some point before he heads off in a shiny car to be broody and aloof elsewhere #mencantbetamed2k14. There is no real development of character in any of these scenarios, just a body, a hole.

In addition, insults like ‘fuck you’ as I mentioned above, are rooted in gender shaming; the idea that being fucked is shameful; that cissexist, hetero assumption that sex is only sex when its PIV further supports the shaming of female sexuality and the policing of our bodies, The overwhelming message seems to be ‘BE SEXY, BE SEXUAL, OOPS TOO MUCH, SLUT.’ 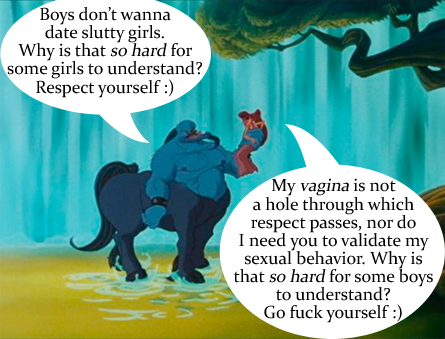 Women are taught to fear their vaginas – to see them as something separate from themselves almost. Consider abortion arguments where women are seen as little more than rent a wombs by pro lifers who can’t see a woman as an independent agency with her own rights and validity. We are taught to fear masturbation, to ignore our own desires by a patriarchal society that is scared shitless by female sexuality. The majority of sex scenes in movies focus on the primacy of the male orgasm and his pleasure; porn mirrors this on a bigger scale and sexually confident women are often torn apart in the media; see how the world reacted to Beyonce’s VMA’s performance and the backlash against Nicki’s Anaconda video which subverts traditional ideas about sexual dominance. A lot of men just can’t seem to get on board with confident women who are comfortable with their sexuality – we throw them off and resist their understanding of how women should behave. This is usually the point on twitter where a guy starts insulting my appearance or saying I am a slut because I have ‘that kind of face.’ Not really helping yourself there, mate but carry on proving my point. 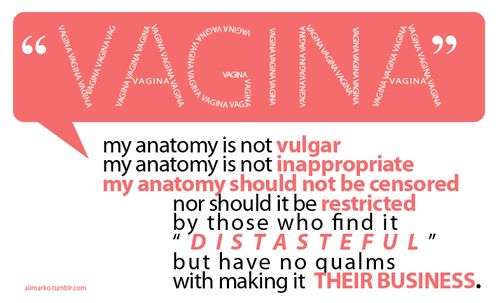 The biggest myths or outright lies surrounding our cherry pies are that they smell or taste bad – this is absolute bullshit. Vaginas smell and taste great. Sweet, metallic at times, musky. The scent is heady. The majority of guys I know LOVE giving head; they just worry that the girl won’t enjoy it or let them head on down. This could be a chicken and egg situation; what came first? The fear and confusion about our vaginas or the reluctance to let ourselves relax and enjoy oral sex? Companies make BIG MONEY by cashing in on the fears we might have about our vaginas;  ‘fem fresh’ and other feminine hygiene products promise to leave a pleasing aroma and you can buy special knickers and wipes to keep you fresh as a daisy. YOU DO NOT NEED THIS SHIT. Your vagina smells the way it should do; unless you have an infection, discharge and a soft, musky smell are perfectly normal and GOOD. I have written about oral sex before; some women don’t like it and that’s cool whereas others love it but worry about what their partner will think when he’s down there; if they are decent, they will just be thinking ‘I really hope she likes this.’ 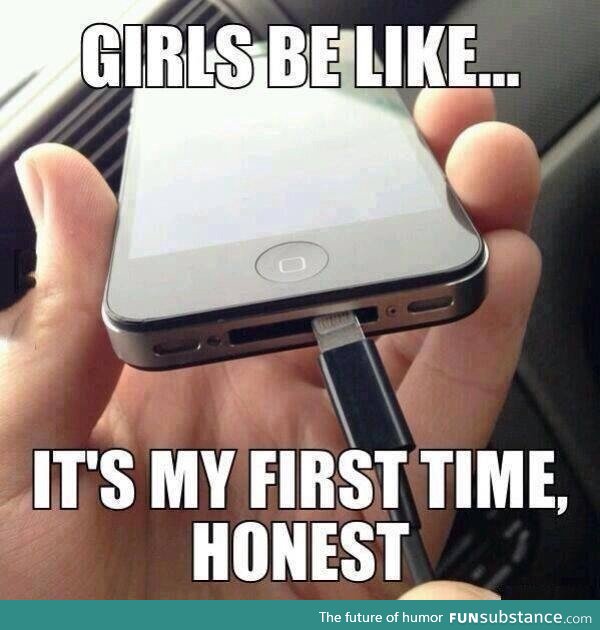 Another myth peddled by scaremongers (or trashboys)  is that too much sex can make us super loose. BULLSHIT. Your vagina is a muscle.  Now, most of my muscles don’t really do a lot unless napping and pouring cereal counts as a workout, but I am reliably informed that muscles are clever things. Your vag can stretch out and then snap right back; even after having a baby. He won’t get lost inside you even if you’ve slept with half of Hull; it’s a vagina, not the Bermuda Triangle. Side note – so tempting to explain this idea of loose lala’s away by saying it’s a response from insecure guys who worry about the size of their manhood…

Finally, we are told that our vaginas are ugly. Boobs are sexualised to such an extent that we get a daily dose with our breakfast in The Sun and breastfeeding is considered unnatural by teen girls who are convinced that their tits are toys for the men in their lives but vaginas? No one mentions them unless it’s when hurling an insult or lamenting their appearance a la Charlotte and her depressed hoo ha. This cloak and daggers approach to our pussies presents them as shameful secrets to be kept hidden at all times lest we knock out the boys around us with the scent of fish (where did this come from by the way? Playgrounds the world over can be found by following the chanting of ‘something smells fishy’ by young boys as they chase girls around)

My advice would be to ignore everything bad you have heard or are told about your vagina. Get to know it; its yours so you can do what you want with it. Shave, wax, grow your pubes long enough to create a dragon shape or dye it purple, up to you. Learn what you like and what it takes to get you off so that sex is more pleasurable for you. Look, really look at yourself; vaginas are beautiful. Just like dicks come in all shapes and sizes, so do vaginas so if yours doesn’t look like Barbies, it’s cool. Don’t worry. It’s still gorgeous. Women are a powerful force to be reckoned with; why else do men the world over go to great lengths to subdue and shame us? Sexually confident and fearless women who don’t need validation are terrifying. Be one of them. 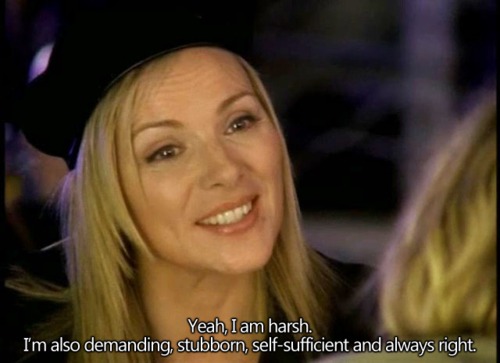